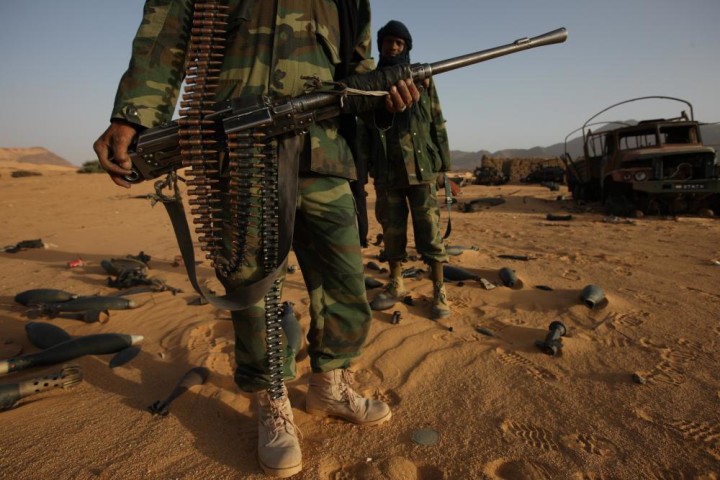 Niger republic says the conflict in Libya is a bigger threat to countries in the West Africa’s Sahel region than the Boko Haram Islamist militant group, operating mostly in the North eastern part of Nigeria.
Niger’s Interior Minister, Hassoumi Massaoudou said the government will spend 10 percent of its annual budget on defence through the next five years to protect itself from militants.
The world’s fourth-largest producer of uranium shares borders with seven nations including Libya, where Islamic State has gained a foothold amid a power vacuum caused by a breakdown in central authority.
Niger was able to prevent a separatist insurgency in Mali from spilling into its own territory in 2012, but has faced countless attacks on its villages from Boko Haram militants based. In the last five years, Boko Haram has killed thousands and driven hundreds of thousands from their homes and villages in Chad Cameroon, Nigeria and Niger.
After the 2011 fall of Moammar Qaddafi’s regime in Libya, weapons and ammunition from his stockpiles were smuggled into Mali, Niger and Burkina Faso, deepening an already fragile security situation in the region.
Ethnic Tuareg fighters who served in the Libyan army staged an uprising in northern Mali only to be outnumbered by Islamist rebels who tried to impose Islamic law. France intervention in 2013 pushed them out. The French military has kept 3,500 elite troops across the Sahel to fight militants, including 400 in Niamey.
Massaoudou said French and U.S. intelligence is aiding Niger in the fight, with U.S. officers using drones in the Sahel and training Special Forces.
He added that Nigerien soldiers are in constant patrol the vast country, which is about twice the size of Texas.
The Minister also said that security has been beefed up at hotels and restaurants in Niamey, in the wake of two separate attacks on places popular with foreigners in Mali and Burkina Faso in November and January.