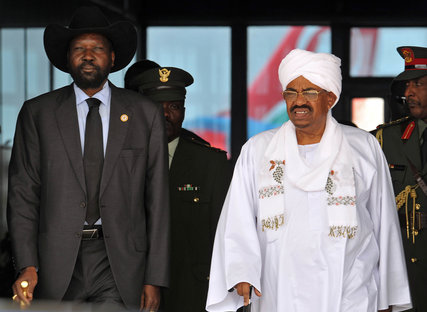 Sudan’s President Omer Hassan al-Bashir has recently announced the resumption of river transport with the landlocked South Sudan ending a four-year halt decided by Khartoum over security concerns and accusations of support to rebel groups.
In a speech delivered in the capital of White Nile state, Rabak, al-Bashir announced the resumption of transport by river between Kosti and Juba. The river transport was very active between North Sudan and South Sudan before and after the secession. Goods were transported by river barges to Juba or shipped by barge from Juba to Mongalla, Bor, Adok, Shambe, Malakal and Renk.
The decision of President al-Bashir follows his decisions to open border and review oil transportation fees. It also comes after statements by President Salva Kiir vowing to improve ties with Khartoum and increasing bilateral cooperation.
The Sudanese president further said that his country will remain open for the South Sudanese citizens who flee the armed conflict in their country and seek refuge in Sudan.
The White Nile state and Khartoum state are the two regions where reside the majority of the South Sudanese refugees in Sudan.
Nearly 200.000 South Sudanese moved to Sudan since the eruption of the armed conflict between troops loyal to President Salva Kiir and defectors led by his former deputy Riek Machar in December 2013.
Bashir also inaugurated a power plant in Um Dabakir area at a capacity of 500 megawatts. He disclosed that they agreed with the Indian government which constructed the new electricity station to increase its capacity to 750 megawatts in the near future.
He further vowed to transform the White Nile state to an oil producing region and to build a new airport in the White Nile state adding it would be achieved before the new Khartoum international airport.