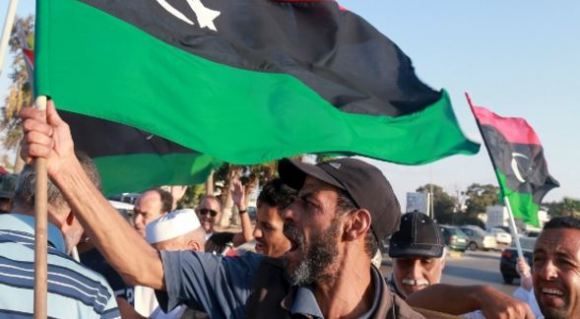 Libya’s Presidential Council has recently named a revised line-up late for a unity government under a United Nations-backed plan aimed at ending the conflict in the North African state.
One of the council’s members, Fathi al-Majbari, said in a televised statement that the list of 13 ministers and five ministers of state had been sent to Libya’s eastern parliament for approval.
But in a sign of continuing divisions over how to bring together Libya’s warring factions, two of the council’s nine members refused for a second time to put their signatures to the proposed government, according to a document posted on the Presidential Council’s Facebook page.
The U.N. plan under which the unity government has been named was designed to help Libya stabilise and tackle a growing threat from Islamic State militants. It was signed in Morocco in December, but has been opposed by hard-liners on both sides from the start and suffered repeated delays.
“We call on Libyans suffering from the fighting … and the members of parliament to support the Government of National Accord, which will provide the framework to fight terrorism,” Majbari said.
Libya slid into conflict soon after the uprising that toppled Muammar Gaddafi five years ago. Since 2014, it has had two competing governments, one based in Tripoli and the other in the east, both of which are backed by loose alliances of armed brigades and former rebels.
Islamic State has taken advantage of a security vacuum to establish a foothold in Libya, taking control of the city of Sirte and threatening to expand from there. Western governments have urged Libyan factions to back the unity government so that it can start taking on the threat and call in international support where needed.
Last month the eastern parliament, which has been recognised internationally, rejected an initial proposal for a unity government amid complaints that, at 32, the number of ministers nominated was too high.
There have also been divisions over the distribution of posts and the future control of Libya’s armed forces.
Prime Minister-designate Fayez Seraj, who also heads the Presidential Council, told reporters on Sunday that the latest appointments took into account “experience, competence, geographical distribution, the political spectrum and the components of Libyan society”.
Many of the names on Sunday’s list were different from last month’s proposal, though the nominee for the key post of defence minister, Mahdi al-Barghathi, was unchanged.
U.N. Libya envoy Martin Kobler was quick to congratulate the council on announcing a new cabinet. “The journey to peace and unity of the Libyan people has finally started,” he tweeted.