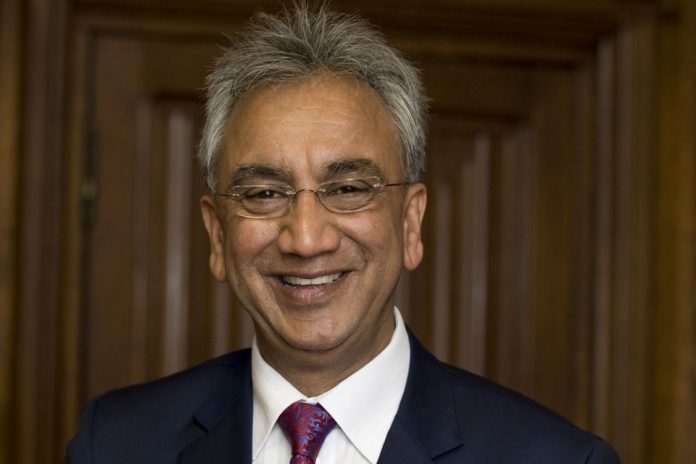 The Trade Envoy to Uganda and Rwanda, Lord Popat, is set to attend the 3rd Africa Summit which will take place in the prestigious Dorchester Hotel, London.

From January 2013 to March 2015, Lord Popat served as a Minister of the Crown with responsibilities for the Departments of Business, Innovation and Skills, and Transport, as well as a Lord-in-Waiting and a member of Her Majesty’s Household. He is also the Co-Chair of the Rwanda APPG and Vice Chair of the Commonwealth APPG.

Lord Popat was born in Uganda and moved to the United Kingdom as a refugee in 1971. Having trained as an accountant, Lord Popat later set up his own business specialising in business and corporate finance and had a successful 30-year career in the private sector. He is committed to increasing trade and investment ties between the United Kingdom and Uganda – his home country – and Rwanda, two high-potential markets in East Africa.

During the summit, Lord Popat will address the critical trade issues facing the African continent as well as identify the key solutions required to achieve greater trade stability.

The Africa Summit which is scheduled to hold on the 26th of July, 2019 with the theme, Intra-Africa Trade: Beyond Rhetoric and Political Commitments, will among other things, tackle key issues associated with the continent’s growth and development; host series of high-level panel discussions and keynote presentations.  The event will also feature discussions and sustainable engagement to exchange experiences, evidence-based researches and practical approaches to boost and address emerging issues and challenges that will confront the full implementation of the Continental Free Trade agreement.

The Africa Summit is a premier and annual event of the African Leadership magazine that brings together Business and Political Leaders as well as key stakeholders under one roof to connect with one another, celebrate innovation, entrepreneurship and development in the continent, and explore diverse thoughts and perspectives on issues relations to the social, economic and environmental sustainability of Africa. Previous editions of the summit have attracted over 250 leaders from across Africa, United States and the United Kingdom.