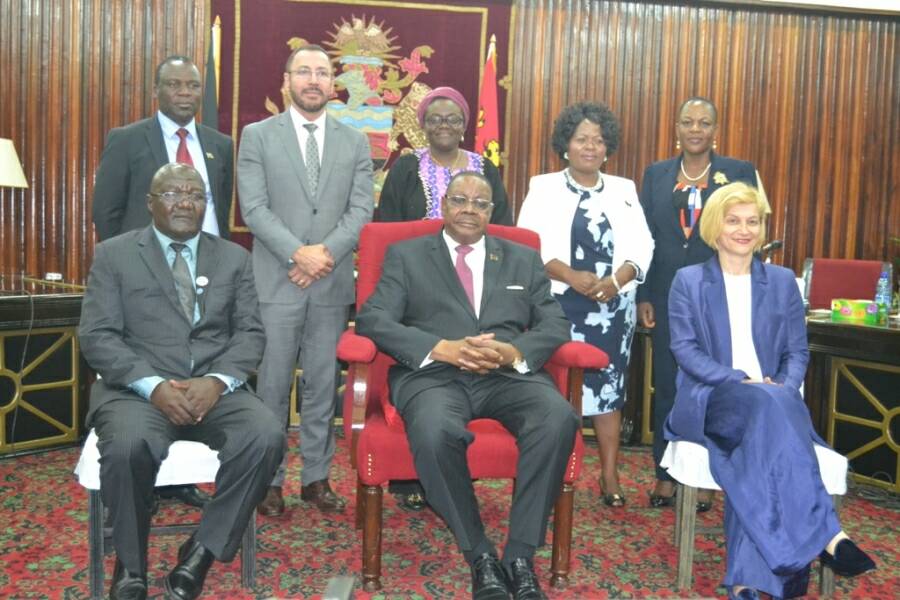 Gender equality in Malawi is about to take a different and positive turn, following the presidency’s promise to commit more to the improvement of gender equality and women empowerment in the country.

President Mutharika made the pledge during a recent meeting at the Sanjika Palace in Blantyre with some delegates of the UN women board who are on an official mission to see how the UN organisations in Malawi are faring.

Over time, Malawi is one of the African country that strives to give women a better position in the society and also eliminate existence of gender inequality in the country.

According to the Malawian Leader, he said that his administration has been working together to give make women a priority in its agenda, striving to abolish the rule of child marriage as well as placing women in decision making positions across the civil service and parastatal organization.

“My administration is committed to women empowerment and this can be evidenced through the enactment of gender-related legislations, one of which being the raising of the marriage age from 16 years to 18 years.

Furthermore, I have managed to appoint women in key positions both in cabinet as well as civil service. We are all geared to increase the participation of women and girls particularly through the 50-50 campaign.”

Having said that he also confirmed that meeting the demand of 50-50 women in parliament still remains a challenge but he is however hopeful about the realization of that goal.

Amongst other delegation present at the meeting was the president of the UN executive board, Ambassador Ivana Pajevic. The Ambassador, expressed concerns about the annual budgetary for the women pleading for an increase in the budgetary allocation to the Ministry of Gender, Children, Disability and Social welfare in other to facilitate women empowerment in the country.

She stressed the importance for the budget, saying that an increase to the budget will inspire empowerment projects and programmes that will in turn lead to gender equality in the country.

“if the budget is increase then we will achieve more especially in gender equality and empowerment. In terms of election, we discussed with the president that women are involved with all processes on ground.

Having said that, she assured the government that with the various measured put in place to prioritize women endeavors, the country stands a chance to emerge as leading example within the SADC region.

Over time, Malawi is one of the African country that strives to give women a better position in the society and also eliminate existence of gender inequality in the country.