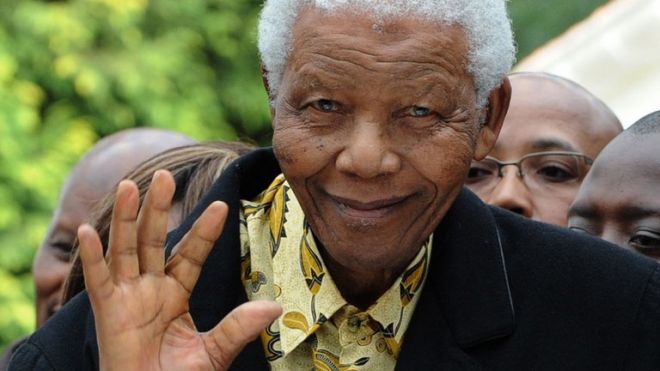 Nelson Mandela has countless streets named after him, his own foundation, his own fan page and now his own social network.

The website mandela.is allows users, called “citizens”, to connect, share inspirational thoughts, photos and articles in an effort to emulate the apartheid icon’s positive impact on the world.

The site is the brain-child of two Mandela grandsons and it was set up by the company behind British pop icon Lady Gaga’s online social community littlemonsters.com.

“It’s a social network around the inspiration my grandfather gave to the world,” said Ndaba Mandela, 30.

“People can share what Mandela inspired them to do, to give back to their communities.”

Few people today command the same global adoration as Mandela, 95, who for many embodies peace and forgiveness.

He walked free after 27 years in jail for opposing apartheid and united a deeply divided South Africa as its first black president in 1994.

Four years ago the UN declared his birthday on July 18 Mandela Day — calling on people around the world to spend 67 minutes doing good for others to mark the number of years he spent as an activist.

But four hospitalisations in a year are a reminder of Mandela’s old age and mortality.

He has spent over two months in hospital for a critical lung infection and is on life support machines.

“We only celebrate our icons, our leaders when they have passed away,” Ndaba told AFP.

“We came together as a family and said ‘guys, let’s not wait until he is dead, let us start the celebration now (while) he is still moving, talking, communicating,'” said Ndaba.

Entrepreneur Ndaba developed the idea with his cousin Kweku, 28, who has a background in entertainment and marketing.

The cousins’ parents Makgatho and Makaziwe are Mandela’s children with his first wife Evelyn Mase, whom he divorced in 1958.

Still in the beta phase, it has around 1,000 members, some of them already vocal.

“Seek the honour in doing good: A word to sweeten sour mood, A loaf for mouths that lack, A cloth to cover naked back.”

Kathleen Ndongmo, a 34-year-old entrepreneur from Cameroon, is outspoken about justice in Africa, lashing out at child marriage in Nigeria and corruption in Guinea.

Posts are tagged with key words like “inspire”, “everyday heroes”, and “random act of kindness”, which facilitates searches by other members.

“Rather than focus on Nelson Mandela’s singular achievements, our goal is to engage a global community in dialogue about the inspiring acts of those all around us,” the site states.

The project is a joint venture with Backplane, the Silicon Valley-based firm behind Lady Gaga’s virtual community Little Monsters.

Instead of a regular fan page, Gaga opted to create a social network for her fans.

Almost one million people subscribe to littlemonsters.com to buy concert tickets and Gaga-merchandise, share pictures of gigs and find out the latest info about their icon.

“We believe that consumers and brands want more meaningful ways to connect and engage with each other online,” the firm explains on its website.

The Mandela cousins hope mandela.is will do the same to channel energy for a bigger impact.

Eventually they plan to generate money from the site, pledging part of the revenues to their non-profit Africa Rising Foundation, a project to promote the continent’s image through the arts.

“This is a business like any other business,” said Ndaba, though he insists the priority is “to create a platform that is credible, respectable and enjoyable by users.”

“It’s not about the money, but to make the people understand who is Nelson Mandela and give back to their communities,” he said.