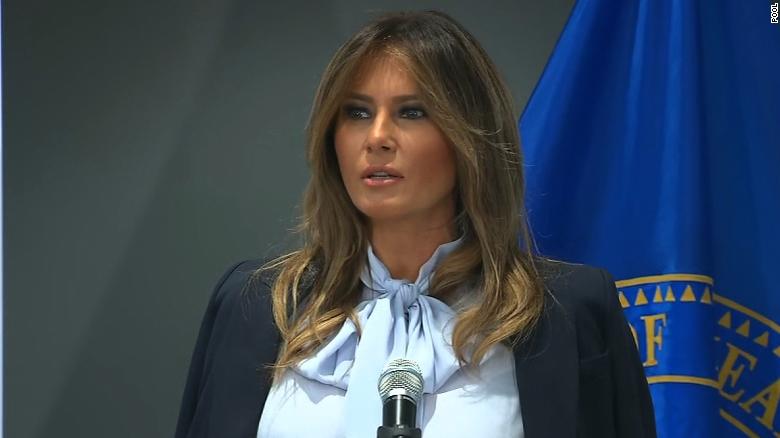 First Lady of the United States, Melania Trump, will be coming to Africa in October, but without her husband, President Donald Trump.

Melania, who expressed excitements at her first travel to Africa, said in a statement that her visit would afford her the opportunity to appraise the issues facing children on the continent.

The FLOTUS also said that the visit would afford her the opportunity to learn about Africa’s rich culture and history.

“This will be my first time travelling to Africa and I am excited to educate myself on the issues facing children throughout the continent, while also learning about its rich culture and history.

“We are a global society and I believe it is through open dialogue and the exchanging of ideas that we have a real opportunity to learn from one another,” she said.

The First Lady plans to make stops in several African countries which would be announced in the coming weeks.

Her visit comes months after Trump sparked global controversies in January about his alleged ‘shithole’ statement, claiming the U.S. was being flooded by immigrants from Africa and elsewhere.

The trip through Africa would be the farthest she had travelled on her own since becoming the First Lady in January 2017, reports said.

Her only solo international trip was in September 2017 when she flew to Toronto for a day and joined Britain’s Prince Harry for an Olympic-style athletic competition he established for wounded service members and veterans.

A visit in March by then-Secretary of State Rex Tillerson to five African countries, including Nigeria, was seen as repairing some of the damage caused by Trump’s comments.

Trump, however, sacked Tillerson just as he was wrapping up the trip.