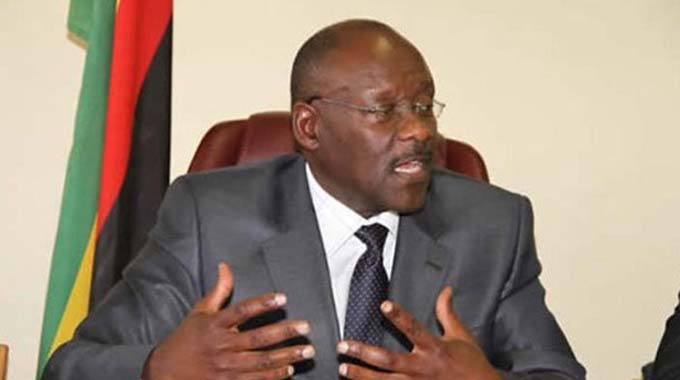 Government has set aside $1,5 million to bankroll costs associated with renal treatment following its recent policy on free dialysis in all public health institutions, Health and Child Care Minister Dr David Parirenyatwa has said. In an interview with The Herald, Dr Parirenyatwa said these funds were part of the Health Levy Fund, which has so far raised up to $40 million since its launch last year and is further raising an average of $3,5 million every month.

“We are getting the funding from the Health Levy, which was created specifically to assist with drugs, equipment and technologies and one of those technologies as you are aware is to buy things for the blood service, blood bags and accessories. That is why blood is now free.

“And it is the same argument that we are using for renal treatment. The actual consumables that are needed to conduct dialysis are very expensive for ordinary patients. Sometimes it is up to $1 200 per month, and if you do not get it, it will be equivalent to a death sentence,” said Dr Parirenyatwa.

He said it was against this background that Government saw it fit to respond to some of these financial challenges faced by renal patients in accessing treatment.

“It is important that Government becomes sensitive to such issues, hence we have taken the Health Levy Fund and the money that is required there so far, considering the available machines in our public health institutions, is not more than $1,5 million a year,” said Dr Parirenyatwa.

He said Government believed that this initiative was doable and sustainable as long as they continue receiving allocations from the Health Levy Fund.

Dr Parirenyatwa said while they were anticipating an increase in the number of patients requiring dialysis, who could have failed to access services owing to previously prohibitive costs, Government was optimistic that everyone requiring this service and cannot afford will benefit considering the capacity of the country to conduct dialysis.

He however, said there was need to invest in more dialysis machines to enable more people to benefit.

“We need to increase the number of dialysis machines because so far, it is only Parirenyatwa, Harare and Mpilo hospitals offering dialysis, but also some of the provincial hospital like Gweru, Mutare, Masvingo have begun to offer the same services, but on a limited scale,” said Dr Parirenyatwa.

He insisted that for now, free dialysis was doable and sustainable.

Dr Parirenyatwa also said Government will continue strategising and prioritising the use of the Health Levy Fund so that it does not continue lying idle considering current shortages of foreign currency.

“There is that cumulative amount of money, if we do not spend it, Treasury will begin to say let us take this money.

“So we must spend it, but spend it usefully, spend it gainfully for our patients because sometimes we might want to use that money to purchase drugs, but you need foreign currency to be able to procure the drugs. So, while we are waiting for foreign currency, we use it for other things like dialysis and blood,” said Dr Parirenyatwa.

The Kidney Association of Zimbabwe (KAZ) said the latest development was “long overdue” and “a prayer answered”.

“They often waited for their condition to deteriorate to the point where they must seek emergency dialysis. We hope this emergency seeking dialysis will be a thing of the past,” said Ms Mashinge.

Dialysis is a process of removing waste, salt and extra water from the body to prevent them from building up.

This function is normally done through the kidneys, but in event of kidney failure, dialysis is recommended as artificial kidneys.

A patient with kidney failure requires at least three-four hour sessions a week to properly manage the condition.

Before the free user fee policy, dialysis fee was pegged at up to $80 in public health institutions, meaning one would need at least $960 every month for dialysis only. The cost is even higher in private institutions.