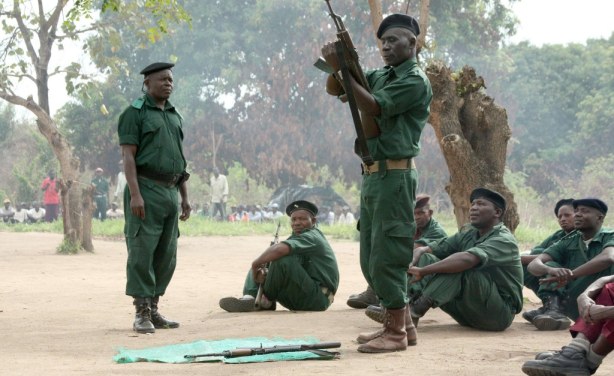 Mozambique’s government and rebel movement-turned political party Renamo have signed an agreement to immediately end their armed conflict. The deal comes ahead of presidential elections in October.

Chief negotiators from the government and Renamo signed the declaration late on Sunday night in the capital Maputo. The document is expected to be sealed by President Armando Guebuza and Renamo leader Afonso Dhlakama in a public ceremony.

The agreement, which includes a consensus over the integration of Renamo’s remaining armed forces into state security forces, ends a nearly year-long negotiation process.

Renamo has been waging a two-year low-level insurgency mostly by staging deadly highway attacks. It began when their leader Dhlakama returned to the bush in 2012, two decades after he signed a peace accord with the ruling Frelimo party. The 1992 deal ended a long, bloody civil war that followed after colonial power Portugal retreated from the southern African country.

Dhlakama has been hiding in the centrally located Gorongosa mountain range. It remains unclear whether he will challenge Guebuza in the October 15 elections.