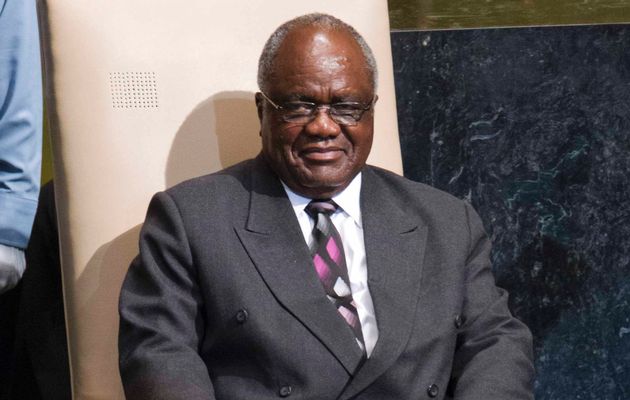 Hifikepunye Pohamba, the outgoing President of the Republic of Namibia, who recently received the prestigious African Leadership Magazine Awards, has won the 2014 edition of the Mo Ibrahim prize for African leadership.

The award, which is worth $5 million, is given each year to an elected leader who contributed to the development of Africa, governed well and raised living standards of his people before leaving office.

Mo Ibrahim, a British-Sudanese mobile communications entrepreneur, who founded the award eight years ago, said he launched it to encourage African leaders to leave power peacefully.

By this award, Mr. Pohamba joins other distinguished Africans who have won the award in the past 8 years.

The inaugural prize was awarded in 2007 to Joaquim Chissano, Mozambique’s former President, who has since acted as a mediator in several African disputes. An honorary prize was also awarded the same year to Nelson Mandela, South Africa’s much-loved first black President, who stepped down after just one term in office. The following year, in 2008, Botswana’s former President Festus Mogae won the prize.

In 2009 and 2010, the prize went unawarded, ostensibly because of a lack of viable contenders.

In 2011, Pedro Pires, a former President of Cape Verde was announced as the winner; however, in 2012 and 2013 also, the organizers found no one worthy of the award.

The Publisher African Leadership magazine, Dr. ken Giami, in his congratulatory message, stated that there is no doubt that Mr. Pohamba will continue to lead and make Africa proud, even when out of office.

His selection as the winner of the highly coveted Mo Ibrahim prize is no coincidence, as the African Leadership Magazine award is increasingly becoming a bench mark for measuring performance in the continent.

It would also be recalled that President Ellen Johnson Sirleaf shortly after receiving the African Leadership Magazine Award, went on to win the Noble peace prize for her work in the continent.