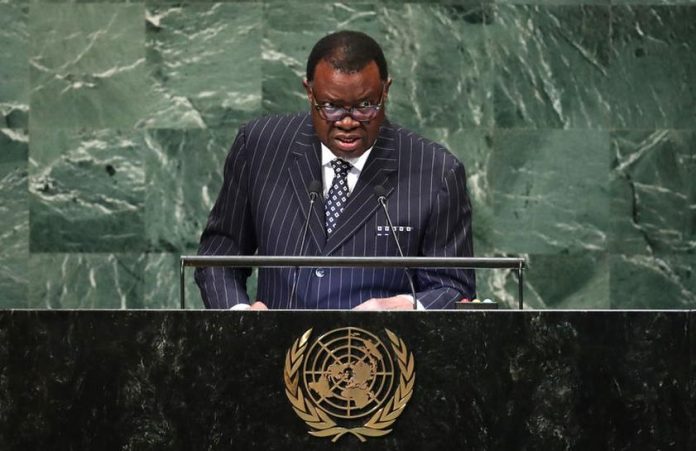 Namibia is to host a two-day economic summit which is expected to attract at least $1 billion worth of investments over the next two years, the Ministry of Information and Communications Technology said on Wednesday.

Namibia’s economy has contracted for the last two years, and the southwest African nation has been ravaged by a drought which the meteorological services estimate to be the deadliest in 90 years.

The economic summit, which will take place from July 31 to Aug. 1 in the capital Windhoek, is aimed at reviving and growing the Namibian economy, creating job opportunities and attracting investment opportunities, the ministry said in a statement.

It will also seek to promote Namibia as an investment and tourist destination as well as identifying and removing bottlenecks that are slowing the growth of the local economy.

The International Monetary Fund projects that Namibia’s economy, which contracted by 0.8% and 0.1% in 2017 and 2018 respectively, will mildly contract again this year due to poor rains and reduced diamond production.

About 600 delegates from across the country, Africa and the world are expected to attend the summit, which is the first of its kind.

“The summit will provide a platform to showcase growth and investment prospects in the local economy as well as present local and international investors with a portfolio of investment projects in several sectors,” the ministry said.