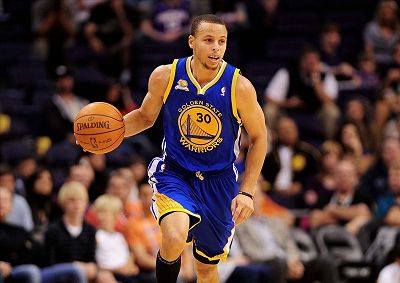 A high-profile NBA Star is joining the fight against malaria. Stephen Curry of the Golden State Warriors is teaming up with Nothing But Nets, an organization dedicated to providing mosquito nets to those in need, to help fight off the deadly disease.

Nothing But Nets works to deliver insecticide-treated bed nets to prevent the spread of malaria. A family of four can be protected by a single bed net. The nets work by killing and repelling mosquitoes, preventing them from biting those protected by them. The effect of killing and repelling mosquitoes means that fewer mosquitos are around to bite others who may not have a net. This means that each net makes an entire community safer.

Each bed net costs $10. While this cost is reasonable for most Americans, many of those living in areas where malaria is prevalent make less than $1 a day. In order to save lives and provide bed nets to those who have the greatest risk of contracting the disease, organizations like Nothing But Nets are critical.

Basketball star Stephen Curry will be joining Nothing But Nets’ cause by travelling with the organization to Tanzania in the upcoming weeks. There, Curry will “visit a refugee camp and distribute insecticide-treated mosquito nets that keep refugees safe from malaria.”

During the 2012-2013 NBA basketball season, Curry announced his “Three for Three Challenge” to raise money for Nothing But Nets. In his challenge, Curry promised to donate three bed nets for every three pointer basket that he made during the season. He then broke the NBA record for three pointers made in a single season during his challenge, with 272 made. Curry’s “Three for Three Challenge” will donate 816 bed nets to Nothing But Nets. His efforts also generated a substantial amount of buzz around malaria prevention, and fans eagerly contributed to Nothing But Nets to support the cause.

Since its founding, Nothing But Nets has provided more than seven million bed nets throughout Africa. The organization works closely with the UN Children’s Fund, UNHCR, and the World Health Organization to most effectively distribute the bed nets to the areas most in need of malaria prevention efforts across the continent. Nothing But Nets has distributed nets in nearly 30 African countries, helping to save lives with every bed net it gives.