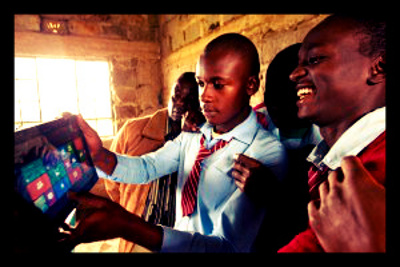 Software giant, Microsoft Corp. has partnered with University of Limpopo’s Council for Scientific and Industrial Research and local network builder, Multisource to launch a pilot project that will deliver high-speed and affordable broadband to under-served communities using “white spaces” technology.

‘White spaces’ is a term for using unused frequencies for television broadcasters to deliver wireless Internet services over ranges of up to 5.4km.

The partnership between the entities will help prove that TV white spaces can be used to meet the South African government’s goals of providing low-cost broadband Internet access for a majority of South Africans by 2020.

The project will use TV white spaces and solar-powered base stations to provide low-cost wireless broadband access to five secondary schools in remote parts of the Limpopo province while using the University of Limpopo as a hub for a white space network deployment that will provide nearby schools in local communities with wireless connectivity. It will also provide each of the five schools with Windows-based tablets and projectors while teachers will get laptops and training and education-related content. Solar panels for charging device will also be provided where there is no access to electricity.

Microsoft announced its first white spaces project in Kenya earlier this year before it was later launched in Tanzania. The South Africa project is Microsoft’s third of such initiative in Africa.

Managing Director of Microsoft SA, Mteto Nyati said the project is part of the Microsoft 4Afrika Initiative, which aims to provide access, skills development and innovation opportunities to young people and entrepreneurs across the continent.

“Reducing the cost of broadband access means millions more South Africans will get online. This will create new opportunities for education, healthcare, commerce and the delivery of government services across the country,” Nyati said.