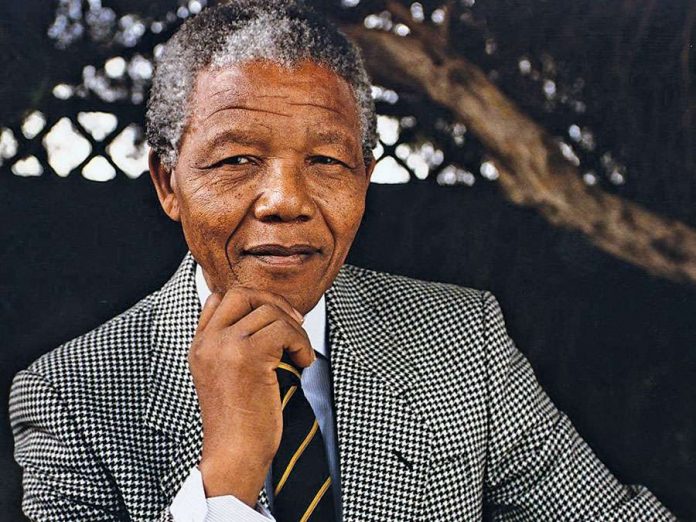 The immortalized words of Mandela at his trial in Rivonia on 20 April 1964 reveal succinctly the ideals and philosophy of the man who is regarded as one of Africa’s most outstanding leaders and a global icon. Reliving the quote of what could pass as the most significant part of the speech, it reads as follows:

Mandela spoke these words to the court while facing the death penalty at the end of his famous known as the “Speech from the Dock”. The measure of courage and character with which he stood for his convictions was unique as he led the fight against apartheid. Born in 1913, Nelson Rolihlahla Mandela (also known as Madiba) was a strong South African anti-apartheid revolutionary, statesman and philanthropist who served as President of South Africa from 1994 to 1999. He was the country’s first black head of state and the first elected in a fully representative democratic election. His government focused on dismantling the legacy of apartheid by tackling institutionalized racism and fostering racial reconciliation. Ideologically an African nationalist and socialist, he served as the President of the African National Congress (ANC) party from 1991 to 1997. Here are some lessons African leaders can learn and implement in their nations from the life and leadership of Madiba:

Mandela believed that education is the most potent weapon with which to change the world. He valued the prospect of educating people as he was a teacher himself in the course of the fight against apartheid when he addressed large crowds to enlighten them on their rights as people.

In his words, “Education is the great engine of personal development. It is through education that the daughter of a peasant can become a doctor, that the son of a mineworker can become the head of the mine, that a child of farmworkers can become the President of a great nation. It is what we make out of what we have, not what we are given, that separates one person from another.”

Madiba understood that true leadership is when a person serves. According to him, when the true leader governs, the people are hardly aware that he exists. He advised that leaders should lead from behind and let the people believe they are in front. He said “A leader. . .is like a shepherd. He stays behind the flock, letting the most nimble go out ahead, whereupon the others follow, not realizing that all along they are being directed from behind”.

Leading from behind for Madiba did not mean shrinking from responsibilities. It meant to direct and steer with a vision that overlooks everyone just like a shepherd. For him, leaders take the front line when danger threatens. As he said: “It is better to lead from behind and to put others in front, especially when you celebrate victory when nice things occur. You take the front line when there is danger. Then people will appreciate your leadership”.

Mandela noted that a salient lesson he learned from the negotiations he partook in was the need to change himself. He outlined the three most important virtues for leaders. These are integrity, honesty and humility. He advises leaders to first create an impact on themselves before seeking to cause a change in the lives of others.

His evergreen words resonating this angle are as follows: “As I have said, the first thing is to be honest with yourself. You can never have an impact on society if you have not changed yourself… Great peacemakers are all people of integrity, of honesty, but humility”.

Madiba admonished leaders to create a difference at every given opportunity. For him, it is the difference an individual has made or contributed to the lives of others that will determine the significance of the life such person led.

“What counts in life is not the mere fact that we have lived. It is what difference we have made to the lives of others that will determine the significance of the life we lead” he advised.

For 27 years, Mandela was imprisoned for his convictions. He watched with pain and agony as South Africans fought against the strains of apartheid and its adverse effects. Yet, he built a hallmark of forgiveness, pardoning all that has been done and looking to a better future. Forgiveness is a crucial lesson African leaders can learn from Madiba and his acts towards the unification of South Africa into a peaceful country.

He said: “If there are dreams of a beautiful South Africa, there are also roads that lead to that goal. Two of these roads could be named Goodness and Forgiveness”.

Undoubtedly, Mandela’s life is an inspiration. He led with passion and achieved with patience and perseverance. Leadership in its daring form can prove challenging even for the most experienced individuals, and it is vital that Africa’s future in leadership can glean from the best of the past. To every African leader present, Madiba’s life is worthy of emulation, and there is no better way to start than now.