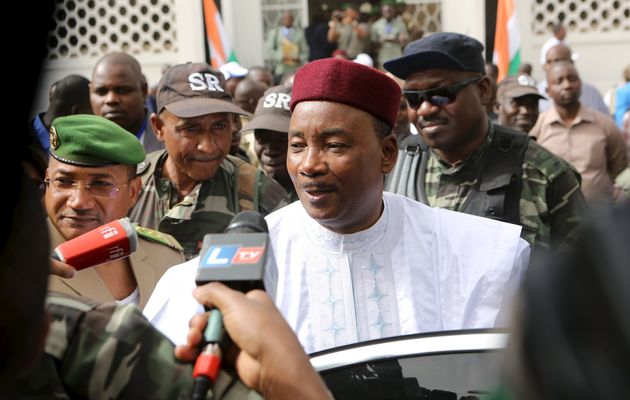 Niger’s President Mahamadou Issoufou enjoyed a strong lead in his quest for a second term as leader of the uranium-rich West African nation, according to partial results.

With 3.18 million votes from Sunday’s election counted,  representing a little over 40 percent of the 7.5-million strong electorates, the 63-year-old incumbent had just over 46 percent, well ahead of his closest rival, detained former parliamentary speaker Hama Amadou.

Amadou had garnered only just over 16 percent, while former Prime Minister Seini Oumarou had about 11 percent, the electoral commission said.

Issoufou’s aides told AFP they were confident the incumbent would make good on his promise to deliver a “knockout blow” to his opponents in the first round.

They said that ballots still being counted in his western stronghold of Tahoua would likely tip him over the 50-percent score needed to avoid a run-off.

The final score could be announced later Thursday, electoral officials said. Turnout in the areas that have announced results so far were over 67 percent.

A total of 15 candidates ran for president of the country. Voters also cast ballots for members of parliament.

The African Union, which deployed 40 observers, said it was generally satisfied with the organisation of the vote despite delays in some areas caused by logistical glitches.