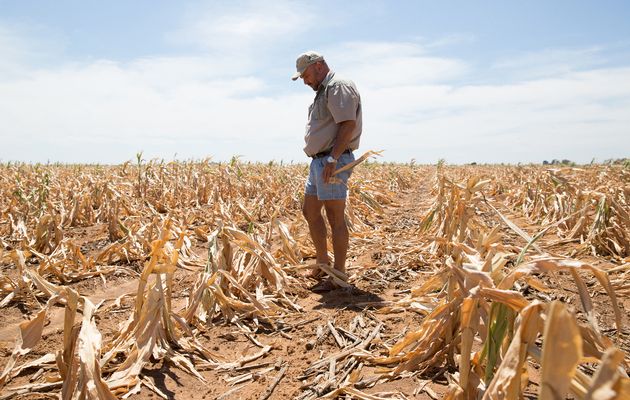 The ongoing drought in South Africa knows no colour or politics, Water and Sanitation Minister Nomvula Mokonyane has recently said. The minister was participating in a debate in Parliament on the effects of the drought on the agricultural economy.
Mokonyane took MPs through some of the interventions made by the government, which included the rebuilding of boreholes.
She said the decision by Finance Minister Pravin Gordhan to dedicate more money towards the drought would make a difference. “Drought is like a silent war that has engulfed us all,” she said.
Opposition parties bemoaned government’s failure to declare the drought a national disaster.
Democratic Alliance MP Annette Steyn said it was quite clear that this government lived in the suburbs, as it had a distorted idea of reality.
“The declaration of a national disaster is important because it will allow all government agencies and departments to be focused on alleviation measures.
“A disaster declaration would give direction to the department to implement measures to cope with this. Government would be there to help. As it stands our people will be left on their own,” she said.
She said rising food prices also meant that school feeding schemes would no longer be able to use their budgets to feed children, who would have even less food at home.
Economic Freedom Fighters MP Nazier Paulsen likened the government to children who had to be told over and over what to do.
He said refusal to declare a natural disaster made an already bad situation worse. Emerging farmers would feel it more, he said.
“We need a structured state intervention in agriculture. We need [President Jacob] Zuma to declare the drought a national disaster. But we know he is secure in the comfort of his firepool to care about us,” he said.
The Congress of the People also called for the drought to be declared a disaster.
Freedom Front Plus MP, Corné Mulder, called on political parties not to use the subject for political purposes.
“We can criticise the government as much as we like, but they cannot make rain. The reality is that the drought affects all of us,” he said.
He called on government to find ways to help farmers avoid letting go their staff due to the drought, suggesting it could find a way to cover the minimum wage paid by farmers, just until the drought was over.