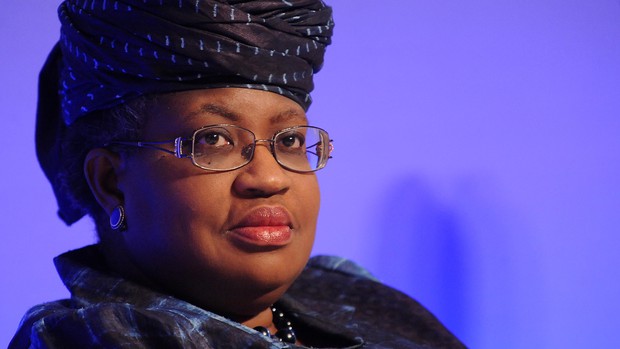 Nigeria, Africa’s biggest economy, has recorded 21 cases of the virus, and eight people have died within its borders, according to the World Health Organization. There were no current confirmed cases as of Sept. 10, the health ministry says.

“We have a team monitoring the economic impact and we don’t feel we are yet at the point where we can say it’s having a huge impact on the economy,” Okonjo-Iweala said in an interview with Bloomberg TV Africa late yesterday. “There’s been some fall-off in hotel occupancy, in Lagos in particular, some meetings have been postponed, but you still have other businesspeople who are arriving.”

Ebola has killed at least 2,288 people in Guinea, Liberia and Sierra Leone, countries on Africa’s Atlantic coast that don’t border Nigeria. On Sept. 9, the parent of Nigeria’s biggest company, Dangote Cement (DANGCEM), said it was postponing a planned investor day in Lagos, the commercial hub, as a result of Ebola-related travel fears.

Okonjo-Iweala also said that the country’s Excess Crude Account, where a portion of oil revenue is stored to cushion the economy against volatility, stands at $4.11 billion. That’s the same level as reported by ThisDay newspaper in July.