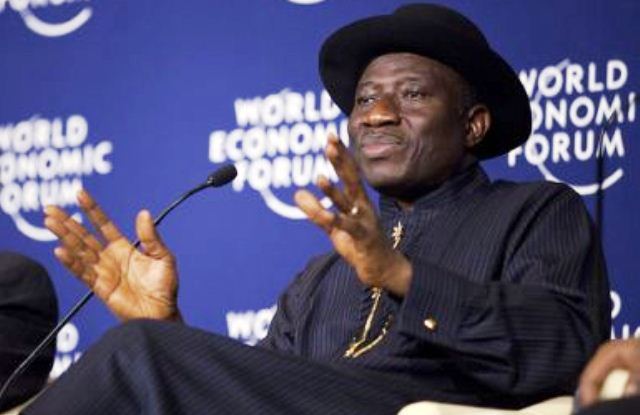 Nigeria, the most populous black nation in the world, moves a step further this week towards international visibility and relevance as it plays host to the 25th edition of the World Economic Forum (WEF) holding in Abuja from May 7 to 9. Nigeria stands to derive immense benefits on successfully hosting the global event. ANDY NSSIEN, Business Editor, reports. The World Economic Forum (WEF) is a Swiss non-profit foundation based in Geneva, Switzerland. It is dedicated to improving the state of the world through the facilitation of engagement between businesses, governments and the civil society. Its flagship event is the annual winter meeting in Davos, a mountain resort in the Eastern Alps region of Switzerland, which is attended by more than 2,500 people, including CEOs of the world’s largest corporations and over 250 public officials ranging from Heads of State and Ministers to Chief Executives of international organisations, such as the World Bank, the European Union and the United Nations.

President Goodluck Jonathan, top government officials and key private sector operators from Nigeria attended this year’s winter meeting held in Davos, Switzerland, in January. Nigeria and West Africa will be hosting this summit for the first time, while South Africa has played host to the global event four times. Other African countries that have hosted the WEF are Zimbabwe (1997); Namibia (1998); Mozambique (2004); Tanzania (2010); and Ethiopia (2012)

Already, no fewer than 10 Heads of State and 900 delegates have registered to participate in the WEF, which has “Forging Inclusive Growth, Creating Jobs”, as its theme.

Participants for the three-day event would come from 70 countries, including 30 in Africa. Organisers say confirmation for participation of Presidents of many countries have been made, including those of Algeria, Benin, Cote d’Ivoire, Ghana, Kenya, Liberia, Mali, Nigeria, Rwanda, Senegal, Tanzania and Togo.

A former British Prime Minister, Gordon Brown, and a former President of Brazil, Lula da Silva, are also expected at the forum.

The forum will be co-chaired by Chairman of the Dangote Group, Aliko Dangote, and the Chairman of Bharti Enterprises, Sunil Bharti Mittal, who are major private sector players in Africa, among others.

Over 50 top Chief Executive Officers of big global firms would participate in the forum, number described by official sources as “unprecedented.”

The hosting of this event in Nigeria is the high point of the clamour by some Nigerian firms, who are increasing active in the Forum backed by the engagement of WEF by the Federal Government and its economic team.

Some experts see the hosting as a reflection of the growing attraction of the country to international capital following recent developments which has thrown Nigeria up for global attention. Last month, Nigeria announced a rebased Gross Domestic Product, GDP, $509.9 billion, making the nation’s economy the largest in Africa and the 26th in the world.

Earlier in the year, Nigeria was tipped among a new acronym, MINT, who along with other 15 countries, would emerge economic powerhouse in the world come 2050. Other members of the MINT are Mexico, Indonesia and Turkey.

The MINT countries share some common features. They all have big and growing populations with plentiful supplies of young workers that should help them grow fast when ageing and shrinking populations will lead inexorably to slower growth rates in many developed countries (and China) over the coming decades.

To ensure a hitch-free event, President Goodluck Jonathan last year set up a steering committee comprising key government functionaries and leading private sector players and co-chaired by Ngozi Okonjo-Iweala, Coordinating Minister for the Economy and Minister for Finance and Nwanze Okidegbe, Chief Economic Adviser to the President, to work out preparations for the summit.

The Chief Economic Adviser has this to say of the Forum: “Sometimes, when people think of Nigeria, they think of oil. But, we have far more than oil. The non-oil sector is even growing far more. There are lots of investment opportunities in manufacturing, infrastructure, agriculture and so on.

“We are going to use the WEF to maximise the benefits by getting both global and Nigerian companies to get together, share information that will further showcase that Nigeria has a lot of opportunities.

“Investment funds are limited and every country is doing whatever they can to grab a part of it. That is one of the reasons some countries go to road shows and try to woo investors to come.”

However, according to Ngozi Okonjo-Iweala, the choice of Nigeria as host of the event “is a measure of confidence on Nigeria’s economy,” noting that a strategic economic diplomacy tool, the WEF Africa Abuja conference would provide a veritable platform for foreign investors to interact with the large pool of domestic industrialists to partner on investments within and outside the country.

“Nigeria is bringing a lot of things to the table because the country is seen as a dynamic economy with the potentials to lead the African Continent in a short while. So, we are going to showcase our people because we have very mature business people here who are investing in other countries. We would show case the investible sectors. We already have a publication on the opportunities existing in the country and we will be organising to show them around some of these potentials that we have in agriculture; the solid mineral sector; the petroleum sector and even the film industry.”

On security arrangement, Okonjo-Iweala had reassured the global community that in spite of the security challenges in some parts of the North, the safety of participants at the forthcoming World Economic Forum (WEF) in Abuja, is guaranteed.

To underscore the peace pervading the nation’s capital, the minister said the just-concluded week-long seventh Joint Conference of the African Union (AU) and United Nations Economic Commission for Africa (UNECA), provided a test case, adding that no fewer than three high ranking officials of the United Nations, including the Deputy Secretary General and the second-in-command of the global body were in attendance. The minister said no fewer than 1,800 high ranking officials from across the globe participated at the event, which was hitch-free.

While acknowledging that Nigeria was facing some security challenges in some parts of the country just as other nations, hosting the WEF would not pose any security problems.

She said the sophistication of those coming for the event was not in doubt, adding that they get up-to-date information on the security situation in the country from various channels, including their embassies in the country, and form their opinion.

According to her, they were aware that the security situation in Nigeria is not as bad as being portrayed, assuring that everything that needed to be done was being put in place, including security to ensure the safety of delegates who will converge on Abuja to proffer solutions to Africa’s unemployment challenges under the theme: “Forging Inclusive Growth and Creating Jobs.”

This assurance was amplified by the security chiefs. Nigeria’s Defence Chief, Alex Badeh, assured that a water-tight security would be provided before and after the event.

So was the assurance given by Nigeria’s Army Chief, Kenneth Minimah, and the local Police Chief , Mohammed Abubakar, who jointly assured of high-level security measures put in place for the safety of all the participants.

A consultant on international affairs, Joseph Akim, told Sunday Independent that the hosting of the Forum was a positive development for the country, coming in the heels of the recent recalibration of the country’s GDP, which made it the largest economy in Africa.

He said the fallout from these figures has become a source of interest and attraction to global investors who want to tap from the abundant human and capital resources available in the regional powerhouse Akim said the calibre of participants at the forum would provide a source of enlightenment and a beacon light that would open up the country’s diverse products to the international market.

However, over the years, it’s not been smooth-sailing activities for members of the Forum especially those in developing and emerging economies.

Barriers to trade are holding back the global economic recovery. Many governments are still failing to enact sometimes straightforward reforms that could have a far-reaching effect on growth and social progress, according to The WEF’s Global Enabling Trade Report 2014, released recently.

The Report’s Enabling Trade Index indicates that the world’s large emerging economies face enormous challenges as they seek to enable trade and progress to the next stage of their development.

According to the Index, Nigeria is ranked 124th out of 138 economies. Among the BRICs, China, the world’s largest exporter, ranks 54th out of 138 economies, a few notches ahead of South Africa (59th). Brazil (86th), India (96th) and the Russian Federation (105th) appear in the bottom half of the ranking. Turkey (56th) leads the MINT group, ahead of Indonesia (58th) and Mexico (61st), Nigeria, near the bottom.

Common barriers to trade in the developing and emerging world include red tape at borders, corruption, inadequate infrastructure, and low levels of security. Among advanced economies, most apply low import tariffs, but some, such as Switzerland, Norway and EU members, have complex tariff regimes that are hard to navigate and act as barriers to trade, too.

However, the good news is that some of these barriers, such as inefficiencies related to border clearance, can be removed relatively quickly, at a low cost and using limited political capital. The Report points to a number of success stories, including Chile (8th), Malaysia (25th), and Mauritius (29th) that have been able to considerably improve their standing through targeted reforms and investments.

The Global Enabling Trade Report 2014 assesses the performance of 138 economies, in four areas: market access; border administration; infrastructure; and the operating environment. At the top end of the rankings, the Index shows Singapore, Hong Kong SAR, and the Netherlands as the most successful countries in terms of enabling trade.