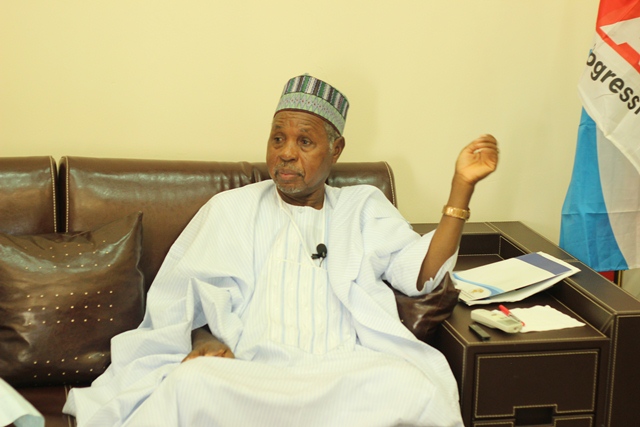 The Executive Governor of Katsina state, Aminu Masari has recently stated that his government in the last one year in office has rehabilitated over 1,000 primary schools, lamenting the deplorable state of education in Katsina state when he assumed office on May 29, 2015.

This was disclosed during a recent exclusive interview session he granted the African Leadership Magazine.  “Presently, we have done over 1000 primary schools in the state. We have 361 wards and there is no ward we have not done at least 3 schools”, the governor said.

Masari who is a former speaker of Nigeria’s House of Representatives also disclosed that his administration is rehabilitating the secondary schools in the older local government areas of the state.

“We selected the older local governments, and we are doing complete rehabilitation of the secondary schools there. And we have taken about 5 girls colleges and we are doing them completely”, the former speaker said.

The Governor expressed anger at the failure of his predecessor to address the shameful state of educational infrastructure in the state. “Really, the educational situation in Katsina was so bad that I was wondering whether the former governor has ever taken time… Go to his own local government, even where IDPs are is better than the boarding secondary schools in his own local government area,” he said.

“All the boarding schools with girls, the wall are broken down. The windows are broken down. You can‘t even lock the door. They get stones to lock the doors. Girls between 16-17 years terribly exposed. There is one secondary school which is a unity Secondary School that has students from all Northern states; it is a population of over 1,400. There is no single toilet. We are talking about pit latrine.”

Complete excepts of the Interview will be published on Friday.