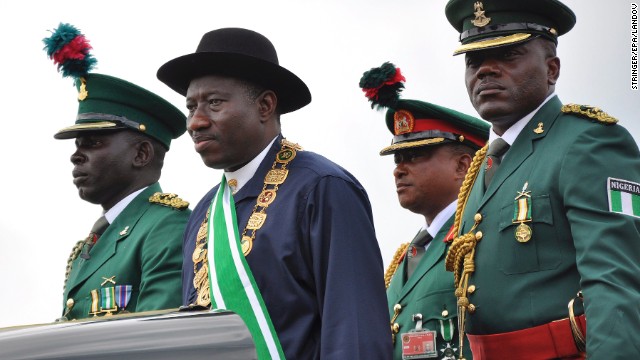 Despite Boko Haram’s brutality, global markets remain attracted to Nigeria. The country was ranked number one on the Frontier Markets Sentiment Indexwhich tracks the level of interest by US and European companies in emerging markets. Twice the numbers of companies were interested in investing in Nigeria than in Vietnam and Turkey – number two and three on the list, respectively. Over the past 18 months—during which of wave of insecurity has emanated out of Northern Nigeria, positive corporate sentiment has actually increased.

The existential crisis that many observers have predicted has failed to materialize and corporations continue to explore new opportunities in the country. Global accounting firm, KPMG has reported that Nigeria is the number one investment destination inquiry for the firm.

Digging deeper into the market trends, Nigeria’s continued strong performance is less mysterious. The attractiveness of Nigeria is bolstered by significant structural change. In May, Nigeria surpassed South Africa as Africa’s largest economy, positioning the country as the true gateway to commercial success on the continent. Nigeria, with its large and young population, has grown at around 7 percent for the past three years and is projected to continue growing at that rate or faster for the coming decade. Rapid urbanization and the gradual formalization of the labor force will make Nigeria’s pension funds a formative local (and global) investor. It has already caught the eye of some global investors.The country received nearly $6 billion of foreign direct investment in 2013. Ernst & Young says the country has attracted the most foreign direct investment in sub-Saharan Africa since 2007.

Adding to this is the potential of unlocking Nigeria’s power sector through a massive reform push that has been in the works for nearly a decade. If successful, power privatization in Nigeria will significantly reduce the cost of business across the economy, potentially catapulting growth to 15 percent. By doubling current generating capacity, the privatization may prove to be the single most impactful reform on the continent in the past 50 years.

However, the positive investment trajectory may not be smooth­ – there will be ups and downs. The reduction in Nigeria’s oil production last year equaled that of the combined production of Ghana, Congo-Brazzaville, Cameroon and Gabon. Amidst a currency crisis, yields on Nigeria’s debt has risen substantially over the past few months, reflecting a degree of uncertainty among some international investors and concentrating interest in Naira-denominated debt among local, more risk averse investors. Next year’s elections will likely intensify this effect and add volatility to the outlook. Many Nigeria watchers are still reeling from the controversial suspension of former Central Bank Governor Lamido Sanusi and the inability of the government to track down the missing $10 billion.

Nigeria today, with all its complexities, reflects the reality of large, unwieldy, democratic, emerging markets. The country’s messy growth reflects the economic and social development of many other drivers of global growth such as India, Indonesia, Turkey and Brazil. We remain bullish on Nigeria and continue to help companies do business in Africa’s most important economy. We believe that companies that don’t figure out how to do business in Nigeria through its growing pains will risk missing out on a major source of global growth.

Aubrey Hruby is a Visiting Fellow at the Africa Center at the Atlantic Council and is a consultant helping companies do business in African markets.

Eliot Pence is the Director of the Africa Practice at McLarty Associates and founder of Upstream Analytics.