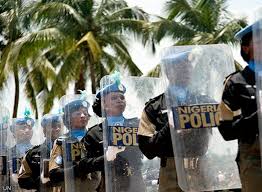 The Dean, Faculty of Law, University of Lagos, Professor Akin Ibidapo-Obe, has recently called on the police authorities to recruit more women into the force, noting that the current gender ratio is unacceptable.

Ibidapo-Obe spoke on Wednesday in Abuja at a seminar and book launch as part of the 11 Biennial Police Games and Week 2016.

In a lecture on “General Principles of International Human Rights Standards for Modern Police Practice,” he said police women are better suited to handle domestic crimes like rape, child abuse among other issues.

The Professor said “Police should increase the population of women because they could better handle issues that have to do with children, domestic matters and rape cases.

He bemoaned the ratio of men to women in the police which is 1:4, and stated that this needs to be improved while added that the Police have done well in protecting rights of children, especially in Lagos. He urged them to broaden these activities to accommodate other parts of the federation.

“Juvenile rights should be protected, children shouldn’t be locked up with hardened criminals,” he said.

Earlier in a welcome address, the Inspector-General of Police (IGP) Solomon Arase said policing in a democratic setting imposed a sacred legal obligation of respect for citizens’ rights on law enforcement agents.

He said the theme of the seminar “International Human Rights Standards and Trends in Community-Driven Policing,” is important in driving the new vision of intelligence led policing.

He also stated that the protocols in the “Operational Manual of International Human Rights Protocols and Guidelines’ developed for the police, would serve the intended purpose of locating police operations within global human rights and professional dictates.