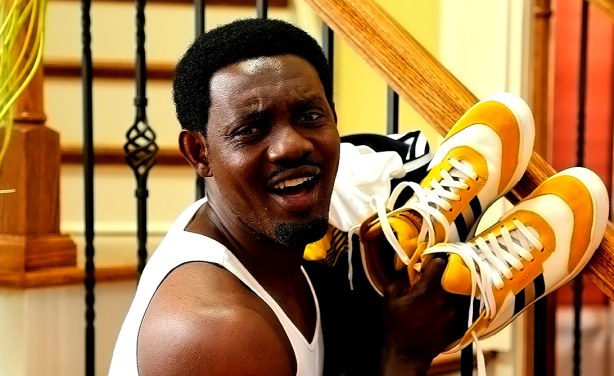 A Nigerian movie, “30 Days in Atlanta” scored one of the highest nominations for the 3rd annual Golden Icons Academic Awards, GIAMA, scheduled for October 25, in Houston, Texas U.S.A.

The movie got a whooping 10 nominations.

The Movie Producer and comedian, Ayo Makun, popularly known as AY, in a statement expressed satisfaction that the efforts put into making the movie paid off.

The Delta State University Theatre Arts graduate said “I am so happy that the sleepless nights and days of shooting the movie in Nigeria and Atlanta is beginning to pay off.

“This is affirmation to the efforts put into the production of the movie and to celebrate the great team that worked with me on the project.

“The main idea was to recreate the Akpos Character on The AY Show’s ‘Who Wants to Be a Billionaire Segment’.
“It was also to establish the AY brand as an actor and a producer in the movie industry”.
He explained that the movie, which is in the comedy genre, chronicles the hilarious adventures of two cousins from Nigeria who are given a 30-day holiday package to Atlanta.
The nominations are the Best Film (indigenous), Best Film (comedy), Best-On-Screen-Duo, Best Actor, Best Comedic Act, Best Screenplay and Best Director.
Others are, Producer of The Year, Best Cinematography and a Special Recognition awards for Hollywood Lynn Whitfield who also starred in the movie.
The movie features AY, Ramsey Noah, Mercy Johnson, RMD, Desmond Elliot, Majid Michel, Juliet Ibrahim, Ada Ameh, Rachel Oniga and Kesse Jabari.
Others included two American actors; Vivica Foxx and Karlie Redd.
GIAMA annual awards described by those in the movie industry as the Africa Oscars, is designed to celebrate the very best of African entertainment and rich culture through Filmography.