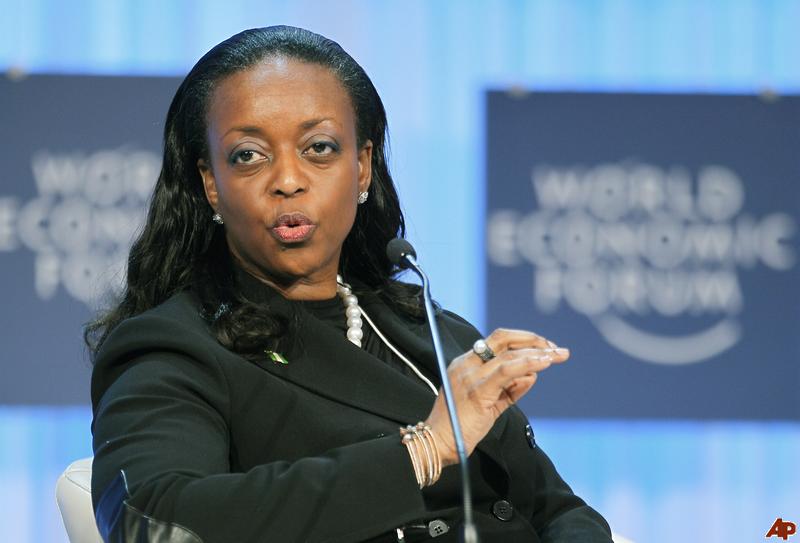 The Minister of Petroleum Resources, Mrs. Diezani Alison-Madueke, yesterday, bemoaned the rising cases of insecurity in the Gulf of Guinea, resulting in ceaseless cases of hijacking, unauthorised vessel boarding and kidnapping in the region.

Describing the situation as unacceptable, the Petroleum Resources Minister, who was represented by the Group Managing Director of the Nigerian National Petroleum Corporation, Engr. Andrew Yakubu, noted that crude oil theft and illegal oil bunkering in the Gulf of Guinea had become a major source of concern to the Federal Government.

“According to the US Naval Intelligence Report, the region in the first half of 2013 witnessed nine hijacking incidents, in addition to 55 incidents of unauthorised vessel boarding, vessels fired at and kidnappings this year,” Alison-Madueke revealed.

She emphasised that maritime security was not only essential to maintaining the flow of revenue from oil and gas but also impacted greatly on the region’s economic development.

She added that maritime resources, such as fish, aquaculture and an intact ecosystem directly contributed to the livelihood of many Africans.

Providing a breakdown of oil and gas operations in the region, Mrs. Alison-Madueke noted that the Gulf of Guinea consisted of 15 countries with oil production exceeding 5.4 million barrels per day in 2012.

She stressed that oil supply from the Gulf of Guinea in 2011 was equivalent to 27 per cent of EU consumption and 29 per cent of total US petroleum consumption in the same year.

The Minister stated that Nigeria and Angola accounted for 47 per cent and 34 per cent of total Gulf of Guinea oil supply respectively.

Alison-Madueke said it was extremely important that Gulf of Guinea countries and their allies collaborated to police the sea lanes of the Gulf of Guinea, noting that disruptions in crude oil supply not only affected countries such as Nigeria but ultimately had an impact on the global economy.

While calling for increased domestic efforts in addressing the menace, the Petroleum Resources Minister said that addressing illegal crude oil bunkering was multi-dimensional and required multi-lateralism.

Mrs. Alison-Madueke added that resurrecting the Gulf of Guinea security protocol and collaboration with Nigeria and other Gulf of Guinea countries would go a long way in addressing the maritime security issues.

In his opening remarks, Chairman of the occasion Rear Admiral Alison Madueke (rtd), said the increasing spate of maritime insecurity in the Gulf of Guinea had led to the loss of several billions of dollars in revenue to the national economy.

The three-day conference with the theme: ‘Delivering Maritime Security to Africa,’ was attended by Navy formations from the Gulf of Guinea countries with presentations from local and international resource persons.