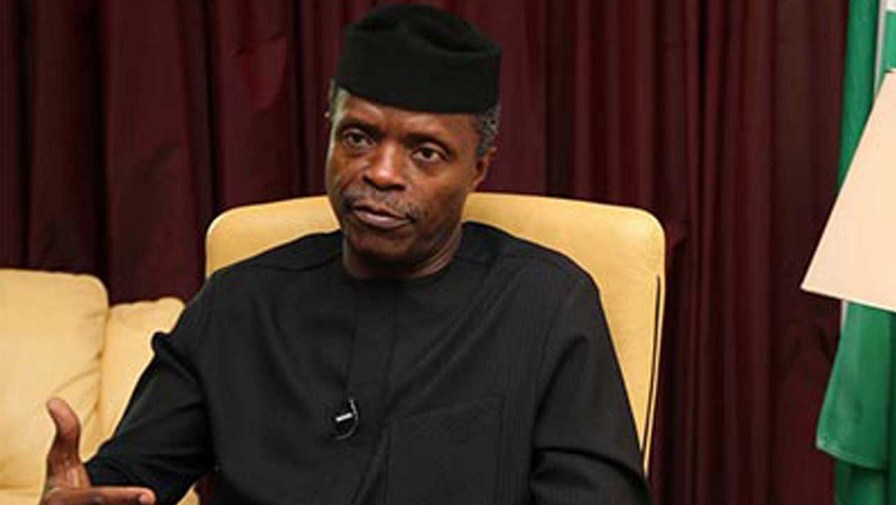 The Nigerians in the Diaspora in America (NIDOA) have applauded Acting President Yemi Osinbajo for signing the Nigerians in Diaspora Commission Establishment Bill 2017 into law.

Some of the Nigerians said that they were elated that its hallmark bill that had been in the works for years had finally been signed into law by Osinbajo. The acting president had assented to the Bill on June 30, according to a statement issued by Sen. Ita Enang, Senior Special Assistant to the President on National Assembly Matters (Senate) on July 3.

Ms. Bukola Shonuga, Public Relations Director of the NIDOA, said “the enactment of the bill is a further testament to the recognition of the critical role of Nigerians in Diaspora in Nigeria’s development. “

Over 15 million Nigerians reside in the Diaspora and Nigerians have been cited as the most educated immigrant group in the West and they are represented in every professional field. “The average Nigerian professional holds at least a Bachelor’s degree and the annual median-income is about 65,000 U.S. dollars. “The World Bank recently noted that Nigerians in Diaspora remit 23 billion dollars a year, a significant fuel to their country’s economy”. They also thanked Rep. Abike Dabiri, Senior Special Adviser to the President on Diaspora Affairs for introducing the bill to the parliament about six years ago when she was the Chairperson of the House of Representatives Committee on Diaspora Affairs.

Chairman, NIDO Americas, Mr. Sam Adewusi, said “NIDOA and Nigerians In Diaspora Worldwide leadership are appreciative of President Buhari’s administration, and to Acting President, Prof. Yemi Osinbajo for signing the Nigerian Diaspora Commission Bill. “We also recognize and thank all stakeholders who worked in the background and out in the forefront to make the bill possible. “Our special thanks go to Hon. Abike Dabiri-Erewa who started the ball rolling in the Seventh National Assembly.”

Mr. Mike Essien, Intellectual Property Lawyer and NIDOA Legal Adviser, said: “this law provides an opportunity for Nigerians in the Diaspora to engage in Nigeria’s development. “We are thrilled that this much-awaited giant step towards its realization is now law.” The Nigerians in the Diaspora, however, appealed for the passage and signing into law of the “Diaspora Voting Rights Bill”.

According to them, the “Diaspora Voting Rights Bill” is another vital legislation that would enable them to participate in the civic process and help shape Nigeria’s future. Dabiri-Erewa had, in a statement by her Special Assistant on Media, Abdur-Rahman Balogun, on the law, said: “our advocacy for a one stop agency for diaspora matters is finally a reality”. She noted that 26 countries had full ministries for the Diaspora and “having a commission for our almost 15 million Nigerians abroad will be a most welcome development’’.

The presidential aide recalled that Nigeria in June had successfully floated a 300 million dollars Diaspora Bond, saying that Nigerians abroad are so willing and eager to contribute to the development of their nation. Enang had also said that the Diaspora Commission Act “establishes the commission under the supervisory jurisdiction of the Ministry of Foreign Affairs. “It has the responsibility to coordinate and organize Nigerians in and from the Diaspora to contribute human capital and material resources, including their expertise, for the development of Nigeria and its constituent states. “It will also provide a database of Nigerians in various fields and potentialities as a resource base for Nigeria and the world to draw from, as well as protect the interest of all Nigerians”. With the signing of the Bill into law, the head of the Commission will be appointed by the President and confirm by the Senate.