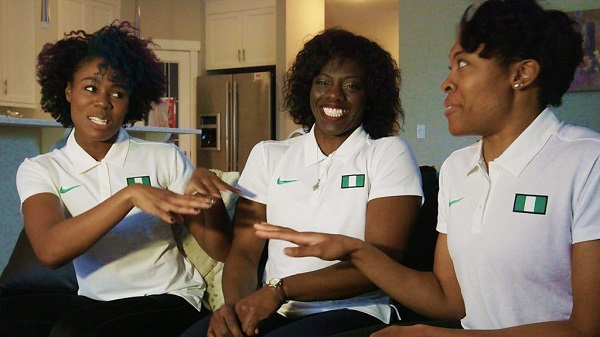 · The first from Africa to ever qualify for the Winter Olympics

· Their first qualifying race was in the North America Cup in Park City, Utah where Seun and her brakeman Akuoma completed two races in January.

· Many Nigerians unaware the football-dominated country had a bobsled team.

Seun Adigun, Ngozi Onwumere, and Akuoma Omeoga wrote their names in the history books by becoming the first African team to qualify for the bobsled category, after completing the required five races.

The qualification of Nigeria — where temperatures are currently upwards of 35 degrees Celsius (95 degrees Fahrenheit) — has drawn comparisons with Jamaica’s participation in the 1988 Games in Calgary, Canada, which led to the 1993 Hollywood film “Cool Runnings”.

They crowd-funded the $150,000 (130,000 euros, £114,000) required to train and compete and through a mixture of savvy marketing and publicity have developed a strong online profile that has helped attract sponsorship from Visa and sportswear manufacturer Under Armour.