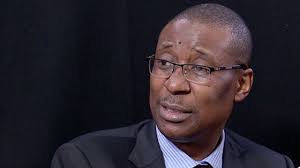 NATPOR, which is a yearly documentation of the trade and associated policies, particularly investment of the federal government, is expected to serve as a driver for modernization, diversification, growth, development and job creation in the country.

Addressing the members of the press, the Minister of Industry, Trade and Investment, Dr. Okechukwu Enelamah, explained that the facts shown in the statistics jointly produced by the National Bureau of Statistics (NBS) and the Nigerian Office for Trade Negotiations (NOTN), in the period under review (third quarter of 2017), Trade activities (import and export) employed over 14% of the Nigerian workforce, an equivalent of 10.8 million people, hence the need for a detailed means of communicating the government’s effort at creating a sustainable business environment in the country.

The first edition of NATPOR titled “Trade for Modernization, Growth and Job Creation” captured four key highlights; The direction of travel in trade policy and associated negotiations, the strategic focus on Switzerland, a country with which Nigeria is building strategic trade and economic relations, a stewardship account of the efforts and accounts of the NOTN, trade Statistics as given by the Nigerian Bureau of Statistics, and previews of the Ministry’s work on trade for 2018.

Present at the press briefing were the Chief Negotiator/Director-General, Nigerian Office for Trade Negotiations (NOTN), Ambassador Chiedu Osakwe, the Statistician-General of the Federation, Dr. Yemi Kale, and the Ambassador of Switzerland to Nigeria who was represented by the Deputy Ambassador.

Reacting to the achievements of the ministry, the DG NOTN, reiterated that NATPOR was the ministry’s contribution to the government’s Presidential Enabling Business Council (PEBEC). PEBEC, is an initiative of the President Buhari-led administration to create an ease for doing business in the country.

On his part, Dr. Yemi Kale pointed out the painstaking process it had taken the National Bureau of Statistics(NBS) to provide statistical data on Nigeria’s trade and investment indicators. According to him, the contributory effort of other agencies under the ministry, has yielded the NATPOR, and he pledged commitment that the NBS will work together with the ministry to avail Nigerians of required information.

The minister urged Nigeria’s trading partners and businesses to join hands with the Government in the reconstruction, modernization and growth of the Nigerian economy. In his words, “As the Number One economy in Africa, Nigeria shall do what is required to grow the Nigerian economy and use trade, investment and technology as engines of growth, while contributing to mutually profitable business relationships, and prosperity in a rules-based global economy. “