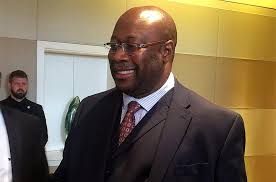 Zimbabwe aims to supply 10 percent of the world’s lithium and could reach 20 percent, the mines Minister from Africa’s top producer of the alkali metal used in batteries for electric vehicles said on Wednesday.

“We believe we have the potential to actually account for 20 percent of global demand when all known lithium resources are being exploited,” Winston Chitando told a mining investment conference in the capital, Harare.

Zimbabwe is a top 10 of lithium producer but currently produces only a fraction of the worldwide total. Prices for lithium have more than doubled in the past two years on forecasts for massive demand from the electric vehicle industry. That has sparked work on a flurry of new mines and expansion plans for existing ones.

Zimbabwe, where investor sentiment has been lifted by the ousting last year of former president Robert Mugabe after almost four decades in power, is keen to attract fresh capital to its mining sector and is pushing lithium as a major draw.