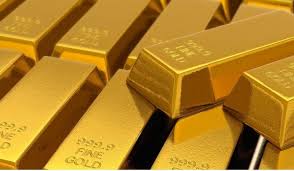 Ghana’s Vice-President, Mahamudu Bawumia, has said the country will certify the value of gold exports as part of efforts to tighten controls on the sector to ensure the state receives the revenues it is due, the vice president said on Tuesday.

The Vice-President told a regional meeting on the oil and mining sectors that Ghana’s previous administration had allowed companies to assay gold produced from their mines themselves.

However, he said Ghanaian law required that the state-run Precious Minerals Marketing Company test and validate mineral production before export.

“We have now begun conversations about the process of making sure every single bar of gold leaving our shores is properly weighed, tested, valued and accounted for,” Bawumia said.

The government was also considering passing legislation stating that at least 50 percent of Ghana’s gold output would be refined locally within five years, he said.

Bawumia did not accuse any mining firms of wrongdoing and did not suggest past exports had been undervalued.

But President Nana Akufo-Addo, who took office last year, has said about $5 billion worth of revenues from gold exports to the United Arab Emirates were unaccounted for.

He did not give a timescale or details to support the claim, but industry watchers believe the unreported shipments represented smuggled gold produced by Ghana’s thousands of artisanal miners, whose activities are not properly documented.

The government has banned small-scale mining as part of a general clamp-down on illegal miners last year. Their activities have heavily polluted some fresh water supplies and in some instances obstructed the operations of concession holders.