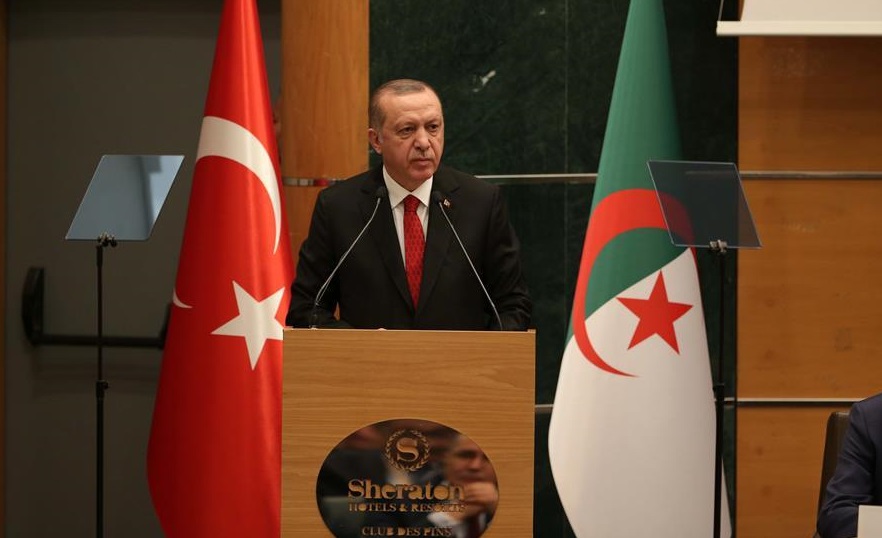 An Algerian government official has called on Turkish companies to invest in producing the 850 commodities and goods which are banned from import into the country, this he said in a speech delivered by Abdel Karim Mansouri, Director General of the Algerian National Agency for Investment Development (ANDI) (governmental), during the opening of the Algerian-Turkish Business Forum which was held in the capital Algiers.

In an attempt to control Imports, maintain foreign exchange and adjust foreign trade balances. Algeria has banned 850 goods from entering the country. Mansouri said that there are investment opportunities for Turkish companies in his country, “in order to produce these import-banned goods locally, through the establishment of partnership projects”.

Algerian Trade Minister, Mohamed Ben Mouradi said that the banning of the 850 import products would last for two or three years, and then would be replaced with a tariff system.

Significantly, Algeria’s import bill in 2017 decreased to about $45 billion, compared to $47.7 billion in 2016. Abdel Karim Mansouri who addressed the Turkish businessmen who attended the forum explained that the foreign investors have incentives and privileges to establish projects in Algeria.He continued: “There are special tax and fiscal facilities for productive projects, in addition to customs exemptions, which can be up to 10 years depending on the importance of the project and its location.” He added: “Turkish companies that invest in productive sectors in Algeria will benefit from low energy costs (diesel, gasoline, electricity, and gas).”

Algeria also seeks to boost the sectors of agriculture, industry, energy, renewable energy, tourism, modern technology, and the digital economy through domestic investment. Turkey is considered as the first foreign investor in Algeria. “There are 138 projects by Turkish companies from various sectors, that are registered at the Algerian National Agency for Investment Development, 39 projects of which have been already accomplished,” according to the Algerian official.