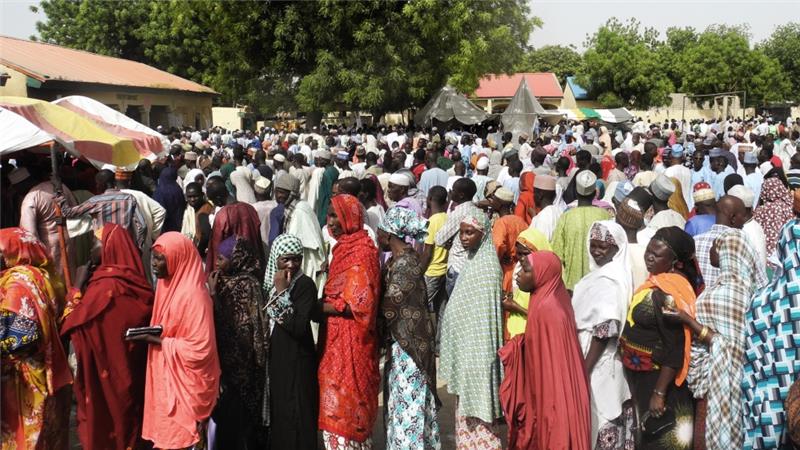 MAIDUGURI, Nigeria  –  Under the watchful gaze of heavily armed troops, thousands of Nigerians cast their ballots in the northeast, braving threats by Boko Haram to bomb polling stations and shoot voters.

By Saturday afternoon, suspected gunmen from the armed group had killed 14 voters, including an opposition politician, in three separate assaults on polling stations in the northeast, Reuters news agency reported.

In the regional capital Maiduguri, military helicopters hovered above voters waiting in line.

The election was originally scheduled for February 14 but was postponed at the last minute by six weeks, officially because of the security threat in the northeast, where Boko Haram until recently controlled territory the size of Belgium.

Since then a concerted military offensive involving neighbouring Chad, Cameroon and Niger has helped recapture most occupied towns.

In Maiduguri, which has suffered dozens of attacks and major suicide bombs in the last two years, voters were determined to make their voice heard.

“I’m not afraid of violence. I don’t even expect any problem,” said 27-year-old student Kaulala Abbas. “I’ve decided like most people to effect a change in government and this can only be done through my vote.”

The security forces, who have been criticised along with President Goodluck Jonathan for doing too little to counter Boko Haram, had pulled out the stops to guarantee public safety.

Boko Haram has displaced an estimated 1.5 million people, but many were able to cast their ballots in voting stations set up specially in internal refugee camps.

“We have suffered enough, fled our homes after many attacks,” said Roda Umar, a housewife from Gwoza, a Boko Haram stronghold that was only recaptured by the military this week.

For Umar – as with many in the northeast – the pain and suffering of recent years translates into direct support for opposition leader Muhammadu Buhari, head of a 1980s military junta who is seen as tough on crime and security.

“We can’t just sit in the camp now and expect things to get better. I can only make it better by voting out this government. I’m ready to endure the pain to vote,” Umar said.

Alhaji Mohammadu Shehu Timta, who became Emir of Gwoza after his father was shot dead by Boko Haram fighters last year, said violence would never conquer the desire of ordinary Nigerians to make their mark.

“They’re not scared. They are willing and ready to vote. They are conducting themselves well and I can assure you we will have a peaceful election,” he said.