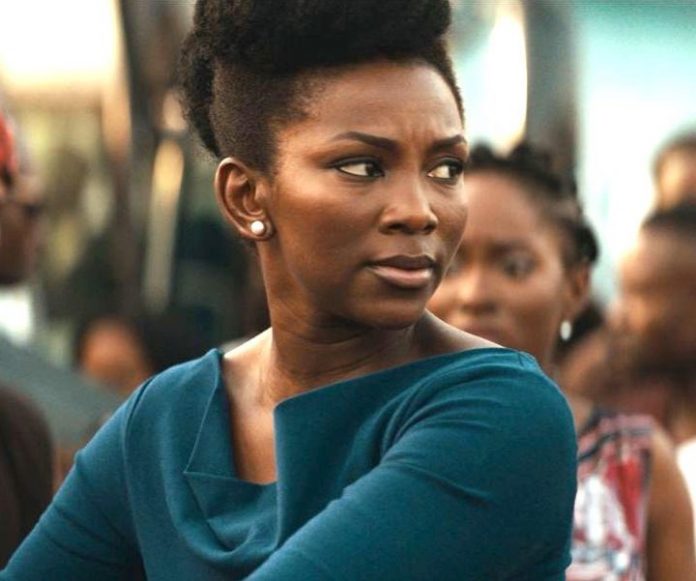 As an entrepreneur, 39-year-old chemistry graduate Jason Njoku achieved success in a most unlikely way – he is the founder and CEO of IrokoTV, one of the early video-on-demand movie platforms for Nigerian movies from the Nollywood industry. With such a promising enterprise, presently, he had raked in millions of dollars since 2010 when he founded the company Iroko Partners. With an estimated net worth of about 40million dollars according to the website Wealthresults.com, he serves as a reference point as to why the Nigerian movie industry – Nollywood – is a goldmine to be coveted.

Ranked above Hollywood in terms of movie production, the Nigerian film industry Nollywood is still viewed as an area that is largely untapped in its potential. The reasons may not be farfetched, ranging from limitless potential embedded in the local interest generated by the content of the movies produced to the continental recognition accorded the industry as a foremost and leading force in the development and presentation of Africa to the world, then, to the global appeal and limelight which the industry draws in upon the continent. Since its inception in the 1960s and through the years until it gained prominence in the early 1990s, the Nigerian film industry has evolved, more so rapidly in recent times with enough power to increase its recognition and involvement on the international stage. The industry’s appeal is enhanced by the fact that today Nollywood films are available globally on cellphones, Netflix and YouTube, and on streets across Africa. Emily Witt, a journalist with vast experience on movie industries in Africa, makes a case for the industry in her new book “Nollywood: The Making of a Film Empire” arguing that Nollywood is positioned to become a global brand much like the films of Bollywood or kung fu movies. This, despite the many obstacles filmmakers might face: electricity cuts, fuel scarcity, political instability and more.

Impressively, when examined, statistics show that the film industry, Nollywood, is positioned to feature as a greater reckoning force should all its concerns be cured and attended to with keen interests pursued on it to build its capacity to what it is well capable of and beyond. Nairametrics reported, the previous year – 2019, that this industry which is a significant part of the arts, entertainment and recreation in Nigeria contributed 2.3% to the country’s Gross Domestic Product (GDP) in 2016 with the estimated amount of that contribution placed at N239 billion. The importance of Nollywood to the Nigerian economy was underscored in the Federal Government’s evaluation of the industry identifying it in 2019 as one of the priority sectors in its Economic, Recovery and Growth Plan (ERGP) with a planned estimation of $1 billion in export revenue by 2020. In the same report by Nairametrics, the estimated revenue generated by the industry was placed at $500 million to $1 billion dollars annually, and this is for an industry that is relatively low-budgeted when compared to the two other industries it shares the top 3 spots in the world with, Hollywood and Bollywood.

The issue concerning budgeting is certainly a great medium with which to commence an incentivized intrusion into the Nigerian Movie Industry which will without doubt yield returns possibly beyond imagination if such efforts are directed well towards promotion and growth the way other top industries engage in. When compared with Hollywood’s average movie production time of a year on an average of $6.7 million per movie, according to one.org in 2015, the average Nollywood Movie is produced in a span of 7-10 days on a budget between $7500-13000. The gap between both sides is distant yet Nollywood boasts a telling effect as to patronage, largely from local audiences in and around Africa, just as Hollywood, with the American industry only beating the African industry by a mile in terms of quality and ratings. In turn, quality and ratings are things which can be improved on with adequate investments to finance scripts of African origin which tell the continent’s story. An IMF report in the summer of 2018 and recent statistics by PWC (PricewaterhouseCoopers) showed that Nollywood accounts for 2% of Nigeria’s GDP, whose total value is about $500billion. A breakdown of the statistics shows that the industry rakes in about $700 million annually, with producers spending between $50,000 and $200,000, or even more to produce a standard movie.

Gainmore Zanamwe, the Senior Manager, Intra-African Trade Initiative at the African Export-Import Bank (AFREXIM) referring to Nollywood while speaking at the 47th Annual General Meeting of the Manufacturers Association of Nigeria in Lagos, noted that the industry records the biggest patronage across the African continent and it is globally accepted even in the diaspora, hinting at the bank’s plan towards investing in and collaborating with the industry.

Recent Nollywood film productions have been excellent in their appeal gaining the industry increased viewership and appreciation both on the African continent and in the diaspora as much focus is placed more on quality rather than quantity in present times. These productions often made popular by present-day streaming giants in the industry such as Netflix, IrokoTV, Showmax, Nollyland and Filmhouse can be invested upon to build on the projections and creation of more atypical movies that resonate with the times. The trend today has largely shifted from depicting conventional storylines with a familiar aura to reeling motions which capture the subtlety of modern-day life dramatically without taking anything away from a well-thought underlying theme which seeks to educate. Effectively, hinging on the notion of ‘quality over quantity’ the industry has begun reaping handsome box office returns which are expected to grow in the coming years. A report published by Amy Watson on Statista.com, presenting the box office revenue of Nollywood placed the figure generated in 2018 at $12 million with an estimated projection of a potential rise to $17 million in 2023.

The prospect of local cinemas, which in Nigeria can still be said to be an idea it’s nascent moments, holds a great pool of promises concerning the industry. Nollywood movies are now earning gross amounts recorded in the previous decade. For instance, ‘The Wedding Party’ released in 2016 became the first Nollywood movie to gross $1 million (over N400 million) at cinemas, holding a global appeal as a romantic comedy from the industry, with its sequel ‘The Wedding Party 2’ doing even better in its gross returns.

Other movies with such commercial success include ‘Chief Daddy’ popular enough at the time of its release to place second in cinemas only after ‘Aquaman’, a Hollywood production, during the festive season of 2018 according to data from Cinema Exhibitors’ Association of Nigeria, a body that tracks local box office earnings; then, the movies Merrymen 1 & 2, Lionheart and other movies have received many accolades for their depiction and character which reflects a change in the scenery of the way stories are told in the Movie industry.

The idea of cinema viewing is rapidly gaining acceptance within the country as it is a culture which is yet to be fully explored. According to an official report in May 2019, the BBC placed the number of cinemas across the country at 45, with reference to potential investments which aim to boost cinema activities in the coming years. This presents an opportunity for a healthy investment which will grow alongside the industry in years to come when considered and keyed into.

The area of streaming and investing in a video-on-demand platform such as Netflix and IrokoTV is a great option as these platforms presently commanding great followership have proven to be players and forces to be reckoned with in the coming years. Netflix, for instance, is creating a stronghold in the industry by acquiring original films for its platform. According to iAfrikan, apart from the visibility and increased viewership which comes with Netflix’s investments in the industry, it affords Nigerian filmmakers a strategy to combat the adverse impact of piracy in Nigeria.

In a report featured on theconversation.com by Francoise Ugochukwu, espousing the crucial role of Nollywood in the diaspora, Nearly half of the respondents interviewed abroad in research preceding the report mentioned their involvement with Nigerian Movies saying they preferred watching Nigerian films in English. A quarter preferred Yoruba while 16% preferred Igbo. Even so, over 58% of those interviewed considered that Nigerian languages played a role in the pleasure they derived from viewing films. They clearly perceived those languages as part of their cultural heritage and identity, a legacy to be cherished and protected. Respondents equally considered their Nigerian language as a vital tool to communicate with older relatives in Nigeria and keep in touch with their roots. One of them says it beautifully: “It makes me feel more at home once I speak my language”

Unsurprisingly, language featured prominently in the list of what attracts viewers to Nollywood, second (50%) after the storyline (71.7%). Factors such as landscape and clothes, body language, houses and dances trailed behind. For individuals abroad, viewing Nigerian movies can therefore be seen and experienced as a trip down memory lane, a virtual journey back home and group therapy. A number of respondents in the research also insisted on the educational value of the films, saying that “they have a moral tale to tell”.

Nollywood promises a lot going into the future and in highlighting potential areas to invest in, one has to consider, amidst other juicy prospects, the potential to be found in:

Representing the African Film Industry, Nollywood will, without doubt, continue to grow and create its mark on the global stage, hence the need for the astute investor to key into the opportunities it provides and take action to gain from the 2nd largest movie production industry in the world. 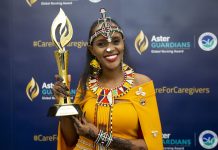 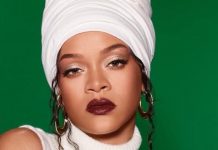