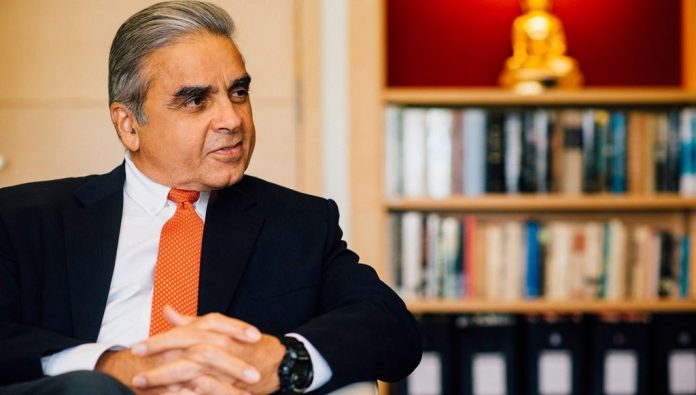 The Babacar Ndiaye lecture series was launched by Afreximbank four years ago, to honour the founding role of the late Dr Babacar Ndiaye in the establishment of Afreximback. As president of the African Development Bank from May 1985 to August 1995, he is credited with championing Africa’s Economic growth and progress. The fourth edition of the Ndiaye lecture was organized in CAIRO, Egypt, as a virtual event due to the coronavirus pandemic and had over 2,000 attendees, held on 29th October 2020. Its main theme for the event was “Africa and the Remaking of New World Order”. Professor Kishore Mahbubani took the keynote address, Distinguished Fellow, Asia Research Institute and Founding Dean of the Lee Kuan Yew School of public policy at the National University of Singapore, predicted a shift in economic power from West to Asia, in the first half of the 21st century, with the second half moving into the Afro Asian century.

“From the year one to 1820, China and India were the two largest economies in the world. It is only in the last 200 years that Europe took off, followed by the United States today, the bottom fifty percent in China have had their best forty years of socio-economic advancement in four thousand years of Chinese history”. Said Professor Mahbubani, who is a world-renowned geopolitical thinker and veteran diplomat. “In the 1990’s Chins decided to become more pragmatic and the West decided to focus on ideology ” stated Professor Mahbubani.

Four decades later, pragmatism which emphasizes the adoption of development models and solution with a proven track record enabled China to overtake the US as the largest economy in the world in purchasing power parity terms after a successful demographic transition. Professor Mahbubani predicted that the second half of the 21st century would be the Afro- Asian century, especially with the African population projected to double in the coming decades. Mainstreaming the culture of Meritocracy, Pragmatism and Honesty (MPH), which helped achieve successful demographic transition in China, will play the same role in the process of Africa Renaissance and the return of the continent to the global centre stage. The MPH structure also has the potential to stem endemic corruption which in the view of professor Mahbubani has been the single most crucial impediment to development over the years. Professor Mahbubani encouraged future generations of Africans to aspire to be as honest as Mahatma Gandhi and Nelson Mandela.

After thanking the participants, the speaker for their exceptional contribution to the fourth edition of Ndiaye lecture in his closing remarks.