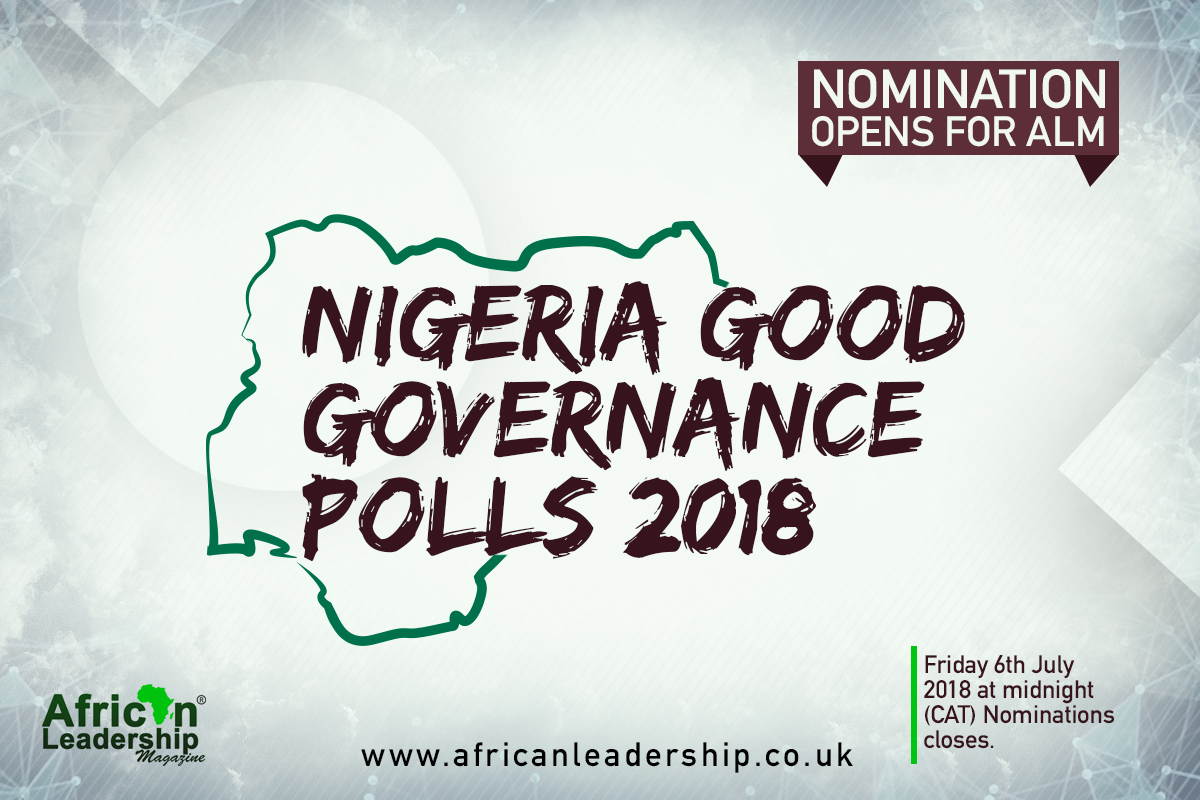 In line with African Leadership Magazine’s commitment to promoting innovation, entrepreneurship and development, the board has approved the commencement of the annual Nigeria Good Governance Poll, with the Call for nominations. The board’s approval is coming on the heels of the successful hosting of two previous editions of the Poll, which has become a veritable tool for measuring performance among Nigeria’s state and regional leaders. The Winners of the Good Governance Poll shall be presented with instruments of honour and award in front of over 200 political, business and diplomatic leaders in New York, at the sideline of the United Nations General Assembly Meeting. They will be decorated during the Annual International Summit on African Leadership, billed to hold on the 25th September 2018. The Poll opens this year with a Call for Nomination in 5 categories and shall be followed by voting and announcements of winners. Nominations are welcomed in the following categories:

This award is given to the State Chief Executive/Governor, with the highest number of verifiable grassroots oriented development projects.

This award is given to the State Chief Executive/Governor, with the highest number of statewide executed/on-going infrastructure projects in the last 2 years

This award is given to the overall Best State Chief Executive/Governor, for the year under review

As our greatest stakeholders, our subscribers, followers and partners in Nigeria reserve the first right in the selection process.

Nomination Process
Nominations may be sent via our Facebook page; email to nominations@www.africanleadershipmagazine.co.uk; hard copy letters/submissions to our Nigeria or UK offices (The 2018 Selection Committee, African Leadership Magazine, 13 Mambilla street, Off Aso drive, Asokoro NIGERIA  Abuja OR  Portsmouth Technopole, Kingston Crescent, Portsmouth PO2 8FA, United Kingdom) or by posting directly on our social media platforms (for our social media followers only); or on our website by following this link; https://www.africanleadershipmagazine.co.uk/nominate-for-an-award/

Nominations will be reviewed by the selection committee and the Editorial board; and a shortlist of nominees would be unveiled in the various categories after an assessment and verification of claims and submission. Nominations closes on Friday 6th July 2018 at midnight Central African time.

The Good Governance Poll, instituted by  African Leadership Magazine UK, is in line with the magazine’s objective of providing credible information and support to leaders in Nigeria and Africa at large. The Poll is part of the group’s strategic engagement tool designed to monitor, performance; gauge the mood of the electorates; promote good governance, as well as engender peer review amongst leaders in Nigeria and Africa at large. The Good Governance Poll, is particularly important in Nigeria, following the country’s prevailing realities. While some Governors and political leaders / public institutions in the country have been unable to meet their obligation to the electorates, others have been ingenious in managing state resources and also making concerted efforts towards positioning their states as a cynosure of development in the country. 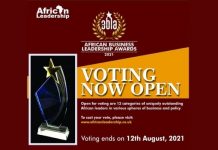