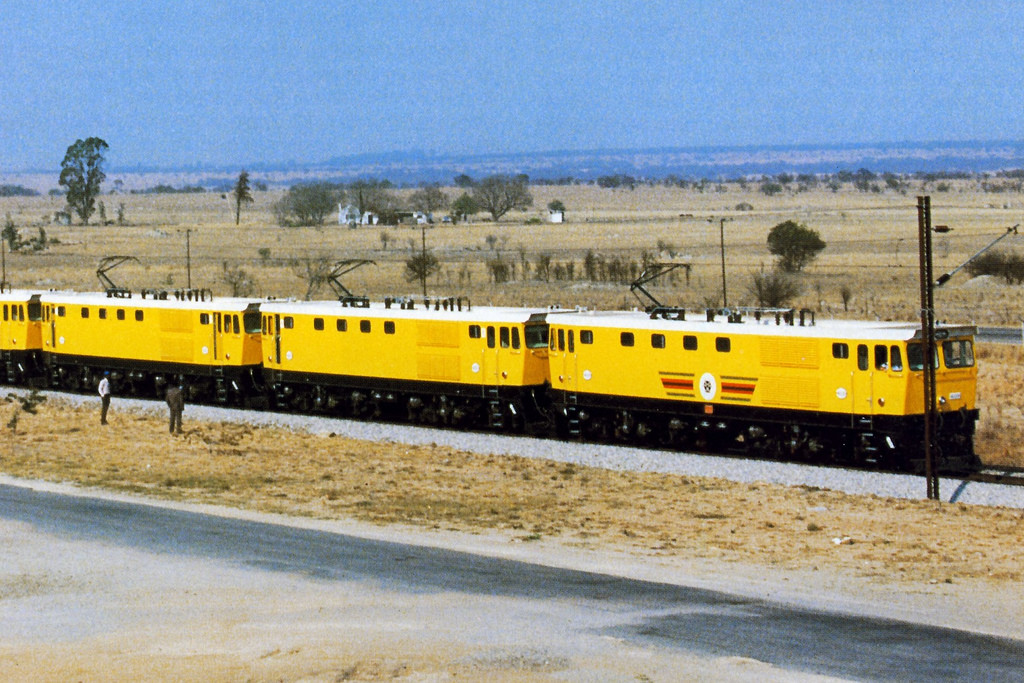 The first step towards the revival of Zimbabwe’s industrial sector has taken off with the commissioning of railway wagons meant to rescucitate operations at the National Railways of Zimbabwe (NRZ).
The NRZ had collapsed, owing to economic hardships that the country went through for close to two decades, but the coming of a new political dispensation last November has revived hopes that Zimbabwe can go back on its feet.
Since coming into office, the leadership of President Emmerson Mnangagwa has embarked on a massive re-engagement crusade under the mantra: ‘Zimbabwe is Open for Business,’ and 89 days down the line, a massive goal has been scored.
“My first visit as President of Zimbabwe was to South Africa. That is where I met a group of Zimbabweans who assured me that they will come back and invest in Zimbabwe and they have done that…..the railway system is essential in the transportation of bulk goods such as minerals and we cannot say Zimbabwe is open for business when its railway system and road infrastructure is down,” Mnangagwa said while commissioning the equipment at the NRZ headquarters in Bulawayo today.
“My government is committed to the modernisation of the railway system and establishment of a new network in the region, so as to reduce transportation costs and ensure the economy benefits from economies of scale. This is the time to move bulk cargo away from the road as this damages our roads,” he added.
The NRZ has ordered 200 wagons, 34 passenger coaches and 10 locomotives and the consignment commissioned recently is part of the interim measures to ensure the parastatal plays a part in the resuscitation of the national economy while waiting for the conclusion of the deal.
Mnangagwa said that the resuscitation of big companies such as ZISCOSTEEL, Shabanie Mashava Mines (SMM) and David Whitehead are top on his agenda.
The commissioned equipment is the first batch of the consignment and the Minister of Transport and Infrastructural Development, Dr Joram Gumbo said the remainder of the rolling stock will arrive in Zimbabwe by the end of April 2018.
Dr Gumbo also said the NRZ is a critical enabler to the economy, adding that the government must strive to establish a vibrant railway system.
He also acknowledged that the journey to resuscitate NRZ operations has been long and not easy, but said the new political dispensation will be equal to the task.

Zimbabwe’s railway system has three well-connected hubs; Bulawayo, Gweru, and Harare. The railway is at the centre of the international rail routes linking the Democratic Republic of Congo, Zambia, Botswana, Mozambique and its ports of Beira and Maputo, and South Africa’s critical ports of Durban, Richards Bay and Port Elizabeth.
It is also at the centre of shorter and cost-effective railroad links between Malawi and South Africa, the port of Beira through Harare, and Lusaka and Durban.

Former Confederation of Zimbabwe Industries president Busisa Moyo said the NRZ resuscitation project as critical for Bulawayo industries. He said Bulawayo now has a chance to retool and gear for economic recovery.

“NRZ is key to Bulawayo industries easily accessing markets in Harare, Gaborone and Lusaka; in the whole region, as well as raw materials also reaching them at competitive costs. Regional and global value chains can now be easily integrated through Bulawayo,” Moyo said.

“It will actually be a catalyst for Bulawayo revival. Companies did not retool as they had no efficient access to markets and landing costs of raw materials were too high. Low logistics costs now make it justifiable to retool if NRZ lowers the cost of transport in and out of Bulawayo by 50% which is our expectation as industry.”

Analysts say although the revival of Bulawayo industries may not be immediate following the commissioning of the new NRZ equipment as part of its turnaround programme, the resuscitation of the rail network is key to local and regional trade, besides Bulawayo’s renewal.

NRZ is finalising a $400 million recapitalisation deal with the Diaspora Infrastructure Development Group (DIDG) and Transnet Consortium. NRZ general manager Lewis Mukwada said financial closure on the deal is expected by June 2018.
Mnangagwa said this was part of a cocktail of measures government was implementing revive Bulawayo industries and the economy as a whole.

“This investment will not only revive the railway network, but will also benefit downstream backward and forward linkage-industries related to railway operations,” Mnangagwa said.
DIDG chairman Donovan Chimhandamba, who is based in Johannesburg, South Africa, said his company was ready to deliver on the project.

“The delivery of the first batch of rolling is part of part of an interim solution, an interim solution designed to provide immediate rolling stock capacity to NRZ while we start bedding down all other processes and approvals required to implement such a transaction in accordance with local and international laws,” he said.

“It is important to note that new locomotives can take anything between 18 and 24 months from ordering to delivery. So the interim solution we are putting in place is a pragmatic approach in boosting NRZ’s immediate capacity as opposed to idling with current capacity for 18 months. This interim solution rolling stock we brought will continue to be here until such a time the new permanent stick is manufactured and replaces it. This pragmatic approach will allow NRZ to immediately service the increasing demand to move coal and chrome from the likes of Hwange and Zimasco while rolling stock is being manufactured.

“While the US$400 million rehabilitation programme is aimed at raising NRZ capacity from three million tonnes to 10 million tonnes per year by fixing perway, signalling and providing rolling stock, our intention is to ensure manufacturing industries that support NRZ recapitalisation programme are rcapacitated.”

Chimhandamba said their technical partner, Transnet, during the last financial year moved 220 million tonnes, while NRZ carried 2,7 million tonnes per year. He said Transnet generated US$5 billion in revenue, had a S$2 billion earnings before interest, tax, depreciation and amortisation (EBDTA), a measure of a company’s operating performance, and net profit of US$215 million under tough operating environment. In that period, it recapitalised its network by about US$1,6 billion and retained cash and equivalents of US$1,2 billion.

The commissioning the NRZ equipment by Mnangagwa comes a month before government gazettes the NRZ Debt Assumption Bill that was sent to the Ministry of Finance and Economic Development last month.

This will facilitate takeover of NRZ’s US$348 million debt that analysts say is major turnoff for investors. Government has prioritised resuscitation of rail infrastructure as one of the pillars of economic recovery.

“The revival of NRZ will reduce the costs of transporting goods and also lower the cost of doing business, as well as drive the Bulawayo revival agenda and broad economic recovery,” Tambo said.