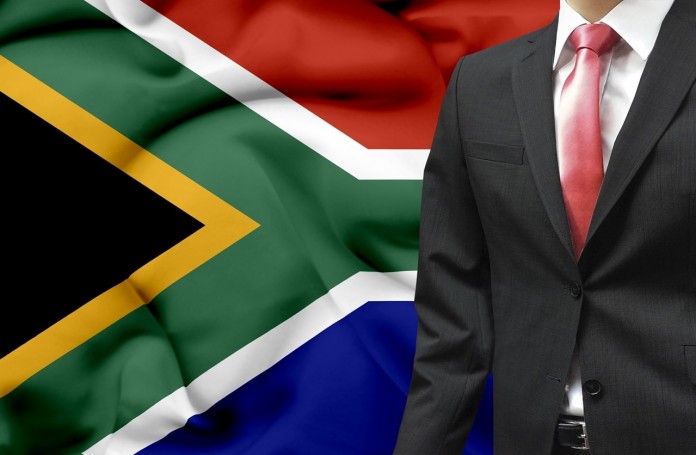 In June this year, Old Mutual Limited celebrated what it called its ‘homecoming’. The company, which is the emerging markets business of the former Old Mutual Plc, relocated both its headquarters and its primary listing back to South Africa.

This reversed the steps that Old Mutual took nearly 20 years ago when it headed to London following its demutualisation. The company had set out with grand plans of international expansion, and in the uncertainty that surrounded South Africa in the late 1990s, many saw this move as astute. There were pronounced risks in the local economy, and, to many minds, Old Mutual was securing both its future and the capital of its shareholders by locating itself in a stable, developed market.

It is therefore somewhat ironic that Old Mutual should return at a time when South Africa’s economic future is once again broadly perceived to be in the balance.

According to figures from the World Bank, the country’s GDP per capita has been in decline for the better part of this decade. Both in real terms and relative to the rest of the world, the average South African is poorer today than they were in 2010. After the Zuma years, everyone is also well aware of the perilous state of our state-owned enterprises, the country’s unsustainable debt-to-GDP ratio, and the struggle to maintain the integrity of important institutions like the South African Revenue Service. Business confidence remains low, and private sector investment has slumped.

South Africa’s official unemployment rate has climbed to 27.2%, and it has been rising fairly consistently over the last ten years. Even more concerning is the unemployment rate amongst those under 25. If one includes those who are no longer looking for work, it sits at 67.1%.

At the same time, the ANC has announced that it will seek to change the constitution to allow appropriation of land without compensation. This has fundamental implications for property rights in the country, which is likely to spook investors.

This hardly seems like a welcoming environment for Old Mutual’s return. Despite how difficult the company found it to compete in international markets, many people would argue that the prospects here are poor.

It is however worth remembering that the company’s biggest local competitor, Sanlam, is significantly better off for having remained in South Africa. By focusing on the local market and opportunities on the rest of the continent it has done exceptionally well for its shareholders.

Could it be that the perceived security of a developed market base for Old Mutual was always an illusion? In reality, very few South African companies have been successful in entering the highly competitive markets of developed economies. Many have destroyed significant value in their attempt to diversify their risk and earnings.

Old Mutual’s return is not insignificant in this respect. It shows not just that big business recognises a future here, but also a tacit acknowledgement that it is willing to work towards ensuring that future is sustainable.

The company can be under no illusions about the challenges in South Africa. It must therefore also know that if they are to be overcome, it will require active participation from the business community, and a recognition of its role in society.

South Africa, collectively and with the involvement of business, has already shown great resilience in ending the Zuma presidency. The private sector now has to be prepared to work with government to find solutions to major problems such as policy uncertainty and enhancing the productive capacity of the economy.

The country has suffered material setbacks, but it hasn’t lost its real competitive advantages. We still have world-class businesses in a number of sectors, excellent IT and financial services sectors, superb logistics infrastructure, and a strong commercial legal system. South Africa is also still the most important gateway into the rest of Africa, which is the future of growth.

Government and business together have to make this count, and this has to start with both parties increasing their levels of investment. At the moment, the share of government spending going towards consumption, especially wages, is far too high and reducing this is imperative to free up space in the budget for spending on infrastructure. At the same time, government needs to encourage companies to start investing the huge amounts of cash sitting on their balance sheets by creating a more attractive environment.

Encouragingly, the leadership team in government in charge of the economy is the most sensible we have seen in a long time. There is a genuine recognition of the ailments facing the economy.

There is a long way to go, but the state is finally recognising the importance of simultaneously addressing both the social and economic problems we are facing. This is critical, because without addressing social inequities and rebuilding a social contract, we will not have a pathway to long-term growth and stability.

The country does face significant issues, but they are not insurmountable, and even small improvements can lead to meaningful economic gains.

Old Mutual’s return is important because it recognises exactly this. South Africa is a country with enormous potential if we just get a few things right. That doesn’t mean that there isn’t a bumpy road ahead, but development is never a linear process in emerging markets. We shouldn’t expect our experience to be any different.

John Luiz is a Professor at the UCT Graduate School of Business, specialising in International Business Strategy; Business, Society, and Government; and Emerging Markets.