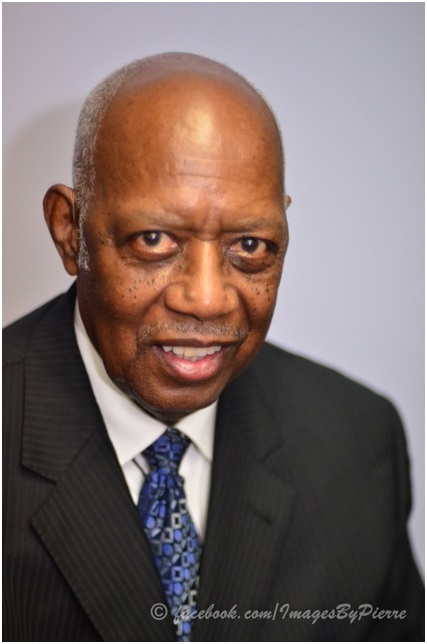 Joe Henry Beasley is a human rights and civil rights activist who is celebrated throughout North America, South America, Africa and the Caribbean for his extraordinary service to undeveloped communities and underserved African-descendant populations.

Since 1985, he has been the Human Services Director at Antioch Baptist Church North in Atlanta, a position that has been the foundation for his global activism. During the 1994 election in South Africa that swept the late President Nelson Mandela into office, Beasley worked with the African National Congress to register voters. During Haiti’s second democratically held election in 1995, he served as an election monitor.

For more than a decade, Beasley has also served as the Southern Regional Director for Rainbow PUSH, another platform for his work to affect social change.

In 2014, the US Library of Congress recognized Beasley’s contributions to the betterment of underserved communities when it inducted his oral interview into its historical archives.

Beasley is on the Board of African Leadership Magazine and will be one of the magazine’s regular contributors. This is the first in a series of ongoing columns.

I view myself not so much as a human rights activist or a civil rights activist, but as a citizen of the world who fights for the rights of people of African descent throughout the globe.  People are often amazed when I tell them my global perspective was formed when I was growing up on a cotton plantation in Fayette County, Georgia.

My parents were sharecroppers and my first responsibility as a child was to help them pick cotton.  We went to school only when we weren’t chopping cotton or picking cotton.  The system wasn’t designed for my parents to make an adequate living; no matter how much we picked there was always a discrepancy between what my parents thought they were owed and what the plantation owner paid them.Even though I was too young to know the system was intentionally designed to keep black people poor, I knew deep in my heart something was wrong with the system; there was no real dignity there and it was somebody else’s property, so we didn’t have control of our destiny.

When I was able to attend school in a segregated, one-room school house, I learned about the Haitian Revolution that began with the rebellion of African slaves in 1791 and ended when the French were defeated at the Battle of Vertieres in 1803.  The battle effectively ended slavery there and that got me energized.  I remember thinking as I read about it that it is possible to have a different life.  The successful Haitian revolt debunked the whole idea of white supremacy, an ideal that still has a chokehold on Africans and African Americans both at home and abroad.

But I know it is possible to have a different life and that is what I am dedicated to helping create through strategic activism.

The United States is one of the world’s richest countries in terms of the Gross Domestic Product.  Yet because of capitalism, 1 percent of the population controls our country’s wealth while the vast majority of people, particularly African Americans,struggle to earn a family wage.

This is not by accident.  It is evidence that the bastions of white supremacy are alive and well.How else can you explain the huge income, education, health and economic development inequities that exist between people of African descent and whites throughout the world throughout history?

But where there is injustice, there is hope.

I am involved with a project called African Ascensionwhose goal is to link one billion Africans throughout the globe– Africans on the continent to people of African descent around the world – with each other to leverage opportunities in the U.S. and abroad. I am convinced that building these linkages is one of the best ways to make us strong as a people, if not a nation.

It is through such linkages with African Ascension, my work with the Rainbow Push Coalition, and my activism as Human Services Director at Antioch Baptist Church North that I was able to:

In the coming months, I will write about investment and advocacy opportunities that African Leadership Magazine readers might be interested in, and how we can leverage our resources to unlock the vault of our nation’s wealth.

Our time is now.