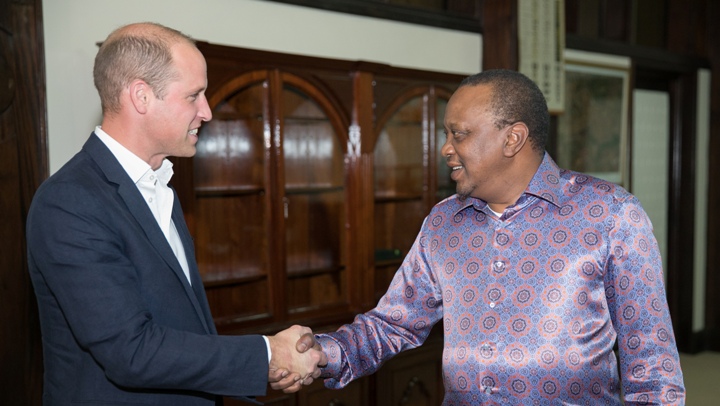 The Duke of Cambridge, who was accompanied by the British High Commissioner to Kenya, Nic Hailey, briefed President Kenyatta on the Illegal Wildlife Trade Conference that will be held in London on 11 and 12 October.

Prince William’s meeting with President Kenyatta concludes a seven-day tour of Africa that saw him visit Namibia, Tanzania and Kenya.