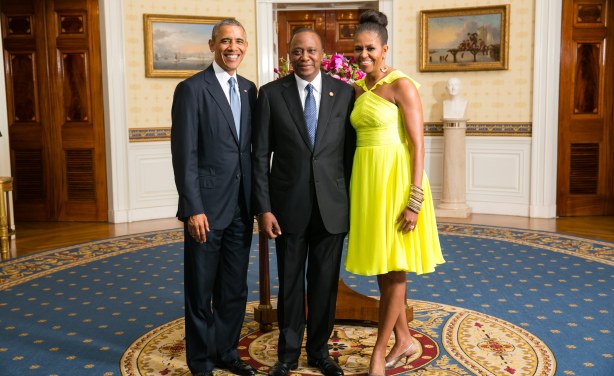 US President Barack Obama is set to visit Nairobi in July for the 2015 Global Entrepreneurship Summit.

He is expected to hold bilateral meetings with President Uhuru Kenyatta and participate in the summit.

US Ambassador to Kenya Robert Godec announced Obama’s first visit to his motherland on Monday.

He was flanked by State House spokesman Manoah Esipisu during the press briefing at State House, Nairobi.

The United States and Kenya will co-host the summit, taking place for the first time in sub-Saharan Africa, from July 24 to 26.

It is aimed at empowering marginalised groups, especially women and youth, through entrepreneurship.

Organized annually since 2009, it has connected emerging entrepreneurs with leaders from international organisations and governments looking to support them.

The White House sought ideas on sparking entrepreneurship in Africa ahead of the summit.