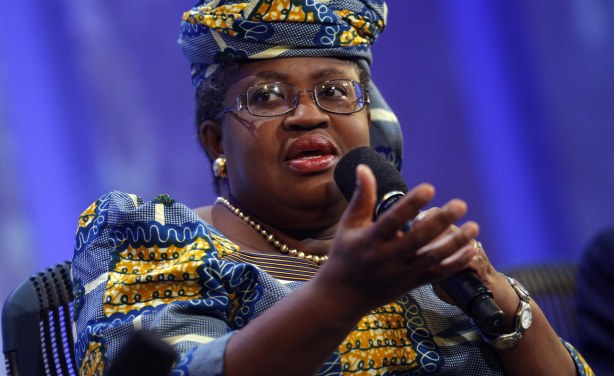 The Coordinating Minister for the Economy and Minister of Finance, Dr. Ngozi Okonjo-Iweala, has been named one of the 50 greatest leaders in the world by globally-acclaimed Fortune Magazine.

In the latest edition of the magazine, the minister was described as “a fearless promoter of sound economic policies”, and was also singled out for working hard to usher in a decade in which Nigeria’s GDP trippled.

Fortune Magazine’s annual list celebrates men and women who are transforming lives in all spheres, including government, business and philanthropy.

In compiling the 2015 list, the magazine explained that it gathered advice from more than 24 of the world’s best minds. The leaders were judged by their actions within their professional domain, industries or governance.

“To make this roster, it was not enough to be brilliant, admirable or even supremely powerful. We set out to find singular leaders with vision who moved others to act as well, and who brought their followers with them on a shared quest.

“We looked for effectiveness and commitment and for the courage to pioneer,” the magazine said.

Okonjo-Iweala graduated from Harvard in 1976 and holds a Ph.D in Development Economics from Massachusetts Institute of Technology (MIT) – 1981.

As two-time Finance Minister of Nigeria, she has helped to lay a solid foundation for the Nigerian economy, which is currently the biggest in Africa at $510 billion.