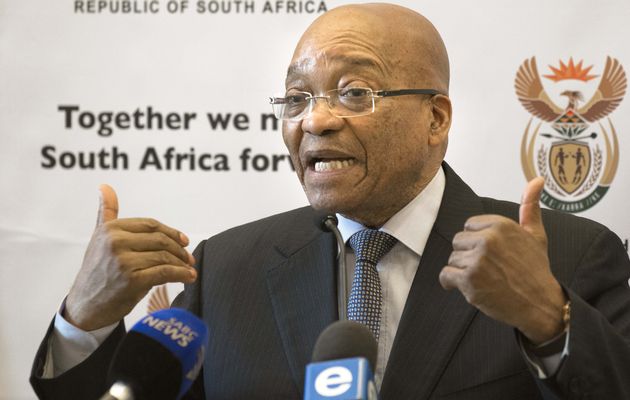 President Jacob Zuma has recently urged South Africans to rededicate themselves to unity as they fight racism and build a non-racial society, while delivering the eulogy at a funeral in Johannesburg for the late Umkhonto we Sizwe (MK) struggle stalwart Hermanus Loots‚ who died on January 25.
Loots‚ who was more popularly known by his MK alias James Stuart‚ .was a former member of the ANC’s national executive committee under Oliver Tambo and served as a member of the country’s first democratically-elected Parliament under President Nelson Mandela.
“The passing of Comrade Loots is a stark reminder that death continues to rob us of our veterans who possess the much needed wisdom acquired over many years in the struggle for freedom‚ justice and equality‚” Zuma said.
“What is also special about Comrade Loots‚ is that he was part of the much celebrated Luthuli detachment‚ which confronted both the apartheid and the Ian Smith forces in battle‚ in the Wankie-Sipolilo Campaign of 1967.
“The Luthuli Detachment was made up of combatants who epitomised selflessness and who were prepared to lay down their lives for the freedom of others. Their lives symbolised all that was noble about our struggle for freedom‚” Zuma added.
He said Loots had fought for a truly united‚ non-racial‚ non-sexist‚ democratic and prosperous society.
“In his honour and memory let us rededicate ourselves to unity as we fight racism and build a non-racial society.
“Let us recommit ourselves to working together in unity‚ to build a better South Africa‚ a country that Comrade Loots would be proud of.
“In that way‚ we would be taking forward his legacy and that of all our illustrious leaders who sacrificed a lot to bring about freedom and democracy in our country.”