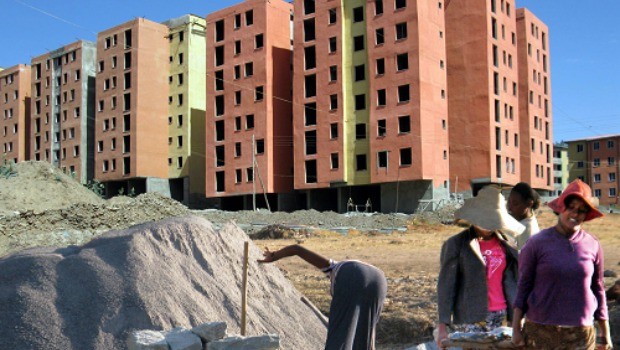 A property boom in Ethiopia’s capital is putting pressure on the government to keep homes affordable for some of Africa’s poorest people living in one of its fastest-growing economies.

Smart flats and hotels in mirror-glass buildings rise up in areas of Addis Ababa where shacks once stood. A new metro snakes through a city where an emerging middle class is snapping up new homes, but waiting lists for cheap state-built apartments grow.

This is a challenge for the government whose huge, state-led investments in infrastructure have sucked in financing from heavily regulated banks, driving up economic growth but leaving little capital to spur on private developers who could help meet the shortfall in housing.

Ethiopia’s banking system is dominated by state-owned institutions. There are about 16 private banks, but they are required to invest the equivalent of 27 percent of their loan portfolio in low-yielding state development bonds.

The bonds have contributed to building a new national rail network, hydro-electric dams and roads to remote regions, lifting growth forecasts to 10 percent in the 2015-2016 fiscal year.

But there are few funds left to develop a mortgage market, so private real estate developers struggle to raise financing for new projects. The homes they can build target cash buyers, demanding sums most of those in the capital can only imagine.

The government has promised to step in. It has embarked on one of Africa’s biggest state housing projects, building about 32,000 units per year since 2006 and creating a national savings scheme that offers subsidised mortgages to the poorest.

But that still falls far short of demand. At the end of 2013, the last year for which official figures were available, about 900,000 people were on a waiting list for a flat in Addis Ababa, whose population is set to more than double to 8.1 million by 2040.

While praising Ethiopia for strong growth, the International Monetary Fund has urged the government to give private business more space to drive the economy, allow banks more freedom and take other steps to boost investment.

Foreigners are barred from owning property, banks, retail firms and some other industries, while telecoms is a state monopoly. Even Ethiopians can only have leasehold agreements, as all land is owned by the state.

From Reuters. Story by Drazen Jorgic and Aaron Maasho.