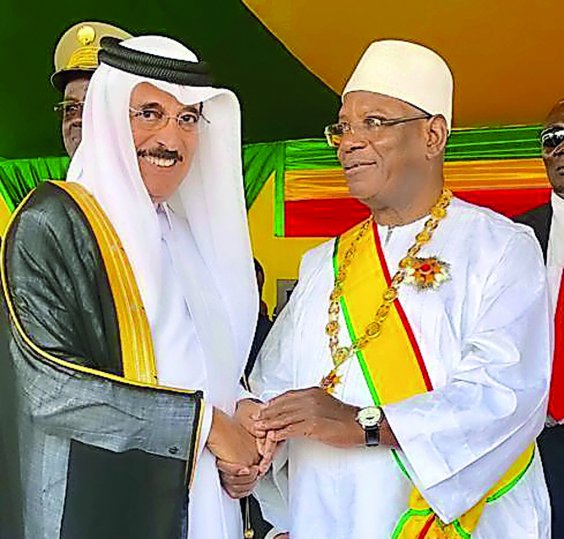 The State of Qatar participated yesterday in the inauguration ceremony of President Ibrahim Boubakar Keita of the Republic of Mali, for a new term, as well as the celebration of the national day and the military parade held on the occasion.

The State of Qatar was represented at the inauguration ceremony by Minister of State H E Dr Hamad bin Abdulaziz Al Kawari.

The Minister met with President Ibrahim Boubakar Keita and conveyed to him the greetings of Amir H H Sheikh Tamim bin Hamad Al Thani, wishing the President success and people of Mali further progress and development.

For his part, the President of Mali entrusted the Minister of State to convey his greetings to H H the Amir, wishing him good health and well-being and the Qatari people for further development and prosperity.

The meeting was attended by the Ambassador of the State of Qatar to the Republic of Mali, Ahmed bin Abdulrahman Al Sunaidi.