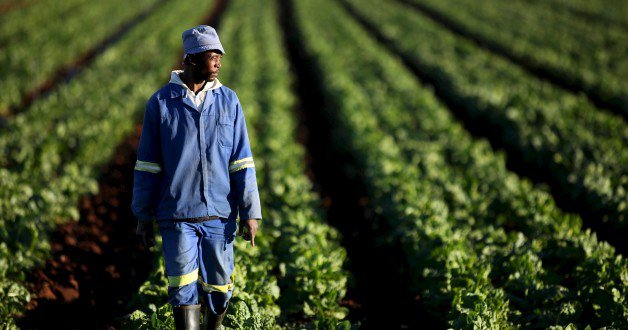 Over the last decade, African economies have grown faster than any others in the world. But most of this growth has occurred outside of agriculture, even though agriculture employs one half to two-thirds of the population. This fact more than any other explains why Africa’s economic expansion has failed to generate benefits for the majority of Africans.

At this week’s International Conference on Financing for Development in Addis Ababa, heads of state, senior government officials and business leaders from around the world can help spur more inclusive growth in Africa by emphasizing investment in smallholder agriculture – food production on farms that are typically less than a hectare in size. These smallholder farms are the mainstay of Africa’s agriculture system. And with the right mix of policies and investments from the public and private sector, they have potential to be global players.

According to the World Bank, the value of Africa’s agricultural output could soon triple, from an estimated $280 billion today to around $800 billion by 2030. That output could flow to Africa’s urban food markets, which are expected to increase fourfold, and satisfy Africa’s overall demand for food, which is projected by the African Union to almost triple by 2050, increasing by 178% compared to 89% in India and 31% in China. But, most importantly, if the investment is channelled to family farmers and local agriculture businesses, the benefits will accrue to the half billion Africans, many still mired in poverty, who rely on farming for food and income.

We have a long way to go. Today, African farmers and agriculture businesses are attracting only 5.8% of total commercial lending on the continent, a strong signal that the majority of investors are not yet buying into this sector’s potential returns.

African governments recently pledged to increase significantly their investments in our smallholder farmers. Many believe a critical mass is gathering to mount a major turnaround in African agriculture. But for this transformation to occur, we must confront the fundamental challenges in production and marketing, along with the weak agriculture policies and institutions that have caused this sector to chronically underperform.

The issues start in the field. African farmers use a smaller fraction of fertilizers, high quality seeds and basic farm machinery like tractors than their peers in other developing regions. Only 6% of cultivated land in Africa is irrigated. And when production challenges are addressed and yields increase, farmers often struggle to capitalize on their surplus.

For example, due to a mix of infrastructure challenges and outdated trade policies, Africa’s farmers and agriculture businesses still have enormous difficulty accessing markets – from the urban centres in their own countries, through their African neighbours just across the border, to potential buyers in regional markets. Moreover, food processing and other “value-added” agriculture activities, and the employment, income and investment that come with them, still occur largely outside of Africa for African markets with a resultant huge food import bill, not to mention the lost opportunity in exported jobs for African youth.

There are examples in several countries where targeted reforms and a focus on attracting private sector investment in smallholder agriculture have achieved rapid results. In just a few years, Nigeria’s imports of rice, sugar and fish fell from $11 billion to $7 billion. In Rwanda, Uganda, Malawi, Ethiopia, Ghana, Tanzania, Kenya, Zambia and Mali, increased access to seeds, fertilizers and other technologies is doubling and even tripling yields of critical food staples.

Today, we are seeing that Africa’s agriculture sector can expand rapidly and its benefits shared broadly when the focus shifts from traditional public sector-driven agriculture to more private sector-led endeavours. Then, government policy, spending and regulatory frameworks – aided by development partner support – can focus on positioning smallholder farmers and local African businesses in functioning markets to act as entrepreneurs and engage in partnerships with local, regional and international businesses that can facilitate inclusive economic growth.

Even with the recent oil price slump, Africa remains the world’s fastest growing region for foreign direct investment. As leaders meet in Addis this week, governments, business and international institutions need not only to embrace policies and incentives that can help fast track investment, but also direct a greater share of this capital to African farmers and African agriculture businesses.

Making the right investment and policy decisions now will determine whether the fruits of Africa’s enormous agriculture opportunities are harvested for the benefit of the 530 million Africans that depend on agriculture for food and income. It will also determine how inclusive Africa’s economies become and whether the promise of African agriculture comes to fruition or remains unripened in the realm of a potential that is never realized.

Author: Agnes Kalibata is President of the Alliance for the Green Revolution in Africa (AGRA), and the former Minister of Agriculture and Animal Resources of Rwanda.