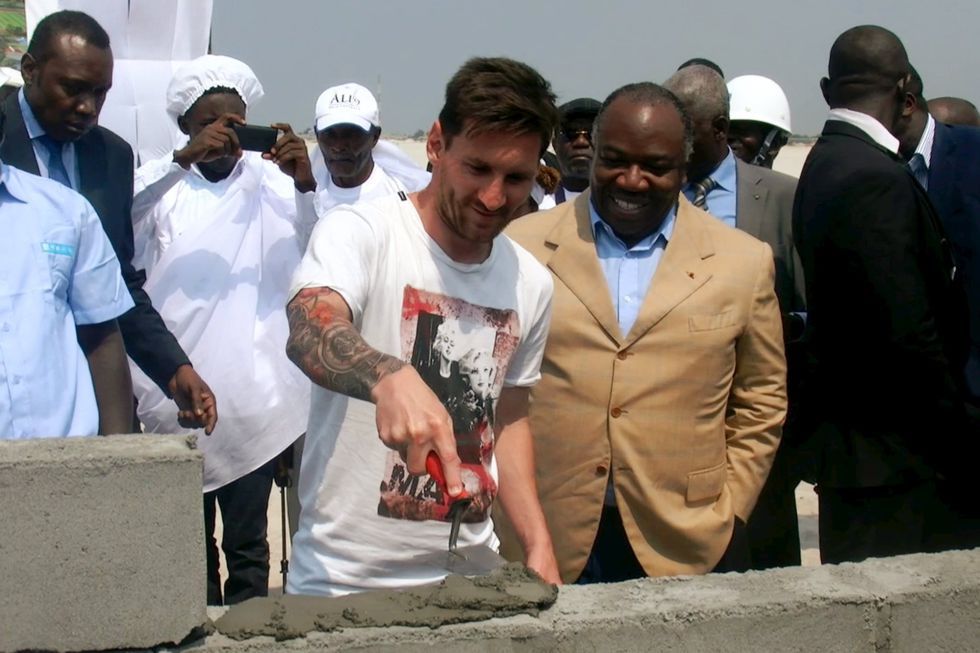 Four-time world player of the year, Lionel Mess was hosted in Gabon on Saturday July 18th by the country’s President, Ali Bongo, for the brick laying of their new 22,000 seat stadium. He was  chauffeur driven by the president himself around the streets of Libreville. 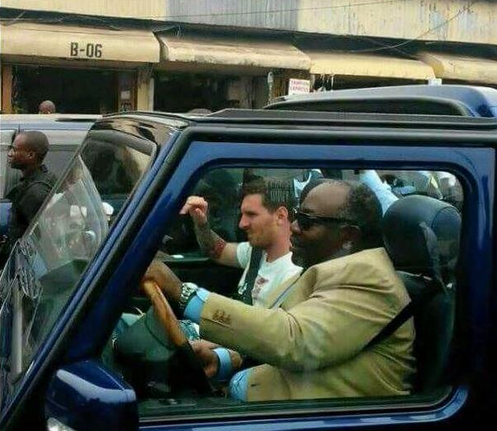 Messi officially started the building process at the Port-Gentil stadium, which will host Africa Cup of Nations matches in 2017. He came dressed in a casual pair of denim shorts and t-shirt

“When I was in Barcelona a few years ago, I met Messi who had told me that he would come to visit me in Libreville” said the Gabon president. “It’s a promise he made me. He is a man of honour who just kept his word.”.

There are reports that he was paid 3.5m Euros by Ali Bongo to make the appearance and it’s causing a huge wahala in the country. More photos after the cut 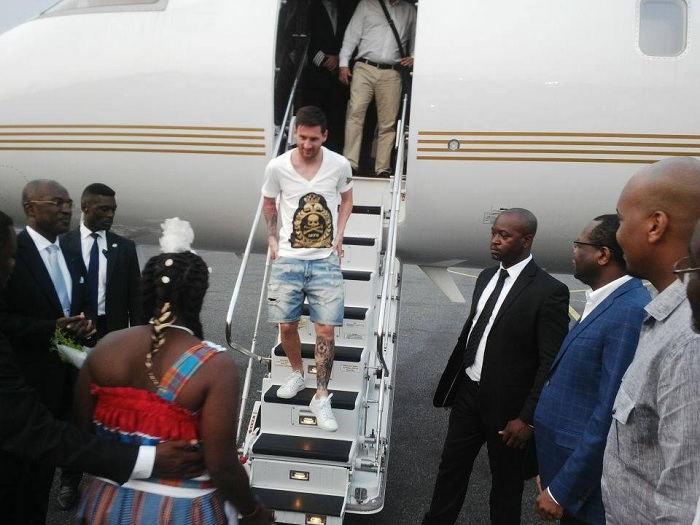 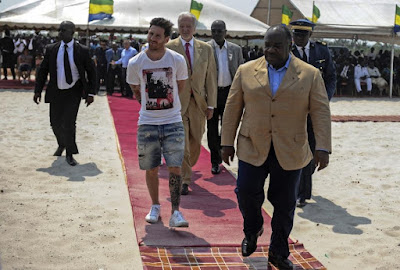