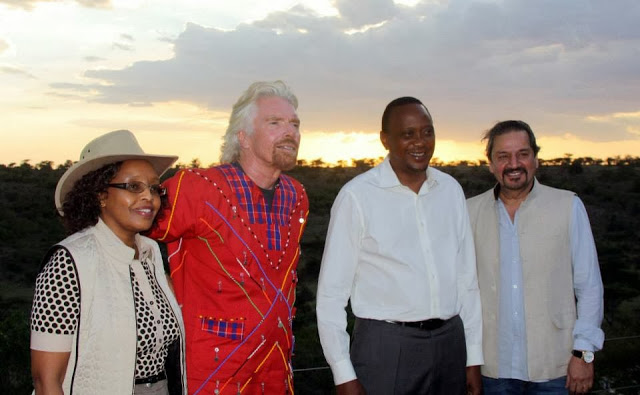 The camp owned by the billionaire investor through his Virgin Limited Edition Collection is located in a private and secluded valley with its 12 unique and spacious tented suites. During its opening, notable personalities in Kenya joined Branson including president Uhuru Kenyatta.

Branson is the 4th richest citizen of the United Kingdom according to the Forbes 2012 list of billionaires, with an estimated net worth of US$4.6 billion. He also stands as the patron of several charities, including the International Rescue Corps and Prisoners Abroad which supports Britons who are detained outside of the UK.

Check out for more pictures below…