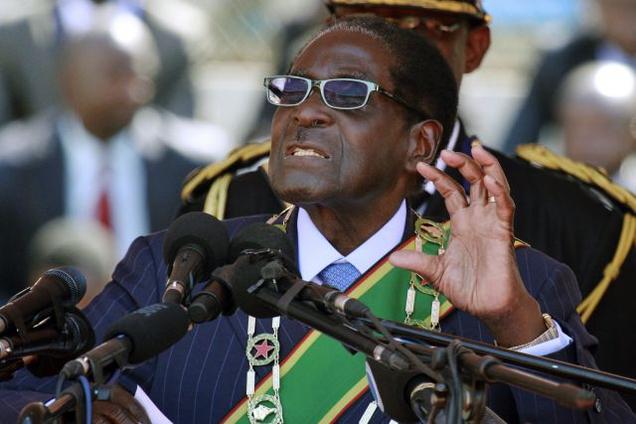 The African Union chairperson and President of Zimbabwe, Robert Mugabe has called on the region to stop the export of Africa’s unprocessed raw materials.

He urged the continent to promote mineral beneficiation in the region while opening the 33rd Nepad Heads of State and Government Summit in Sandton, Johannesburg.

“I commend the Nepad Agency and the African continent for the road travelled so far. Let’s curtail and reverse the exportation of Africa’s raw materials,” Mugabe said.

He said Africa can industrialise at a far much faster pace compared to other regions.

“Africa can also industrialise just like other regions have industrialised,” added Mugabe who also doubles as the SADC chairperson.

“We are making progress through Nepad. The initiative has kept Africa’s dreams and potential alive,” said Zuma.

“More people are being liberated from the shackles of poverty and more children are getting access to education,” he added.

Zuma said the continent was not without challenges.

“Challenges do persist as poverty remains a key challenge together with growing youth unemployment.”

Zuma also called for more cooperation among regional peers, this is a few days after the Free Trade Area agreement was signed in Egypt.

“No country will achieve prosperity on its own, we need to work together as we have one future.”

The opening session of Nepad head of state summit was chaired by Senegal’s Macky Sall. The meeting was also attended by Donald Kaberuka, the outgoing President of the African Development Bank.