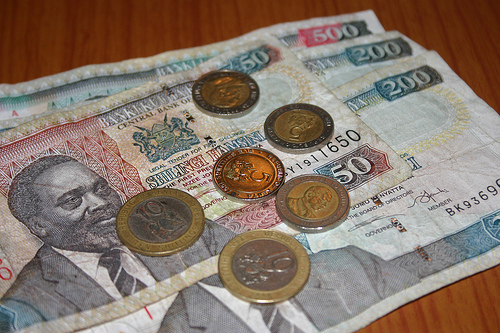 Kenya’s shilling weakened to a new 3-1/2-year low against the dollar on Monday, hurt by demand for the U.S. currency from energy and manufacturing sectors.

A trader at one Nairobi-based commercial bank said several orders which came through late on Friday were processed on Monday morning, putting pressure on the currency.

“We had demand from the energy sector and also saw some manufacturing companies look for orders to buy dollars,” said the trader.

Traders say the shilling was expected to remain under pressure in coming days, hurt by a wide current account deficit and scarce tourism receipts due to dwindling visitor numbers following a spate of attacks by Somali Islamists.

The possibility that the central bank will once again intervene to prop up the local currency by selling dollars was offering support to the shilling, added the Nairobi-based trader.

“We expect the central bank to do something,” he said.