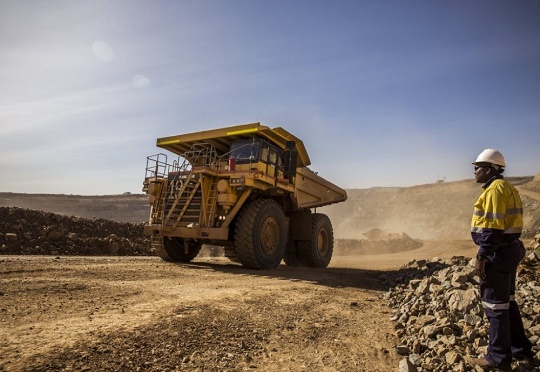 A subsidiary of Delta Drone-based in Johannesburg, Delta Drone South Africa is the leading holding company of several subsidiaries operating under the Rocketmine brand in the mining sector.

Its 2018 financial year ends under the best auspices, with the extension of major contracts as well as with the start-up of a new business, that of the digitization of the mining sector.

The subsidiary Rocketmine PTY Ltd (South Africa) has just signed a new type of contract with the mining group Exxaro, which is to provide 3D modeling of the entire site of the Belfast mine (South Africa), its infrastructure and buildings.

These models, produced regularly during the evolution of the site, will be used in the form of “augmented virtual reality”. Thanks to this new technology, the teams present on the site will be able, equipped with viewing helmets, to walk safely because virtually all areas of the mine, including in the most inaccessible or dangerous areas. Of course, this application will be included in the training and risk prevention programs.

This project is part of a large plan of 3.3 billion Rand (about 220 M €) recently launched by Exxaro Resources Group to digitize the management of mining sites: the creation of virtual digital replicas sites opens many opportunities to optimize mine management and improve safety.

In Ghana, the Rocketmine Ghana subsidiary is continuing its rapid development, with the signing of a 5-year contract for UAV tracking and surveying services at the Newmont Akyem mine. This contract is an extension of a first 12-month contract initially signed, which convinced the site managers of the quality of services provided.

It also demonstrates the Group’s ability to commit to multi-year contracts of significant size.

Outside the mining sector, Delta Drone South Africa has signed two first UAV contracts in the field of agriculture with seed groups worldwide. These contracts benefit from Rocketmine’s combined experience in mission operability and the Group’s sector expertise acquired in Europe.