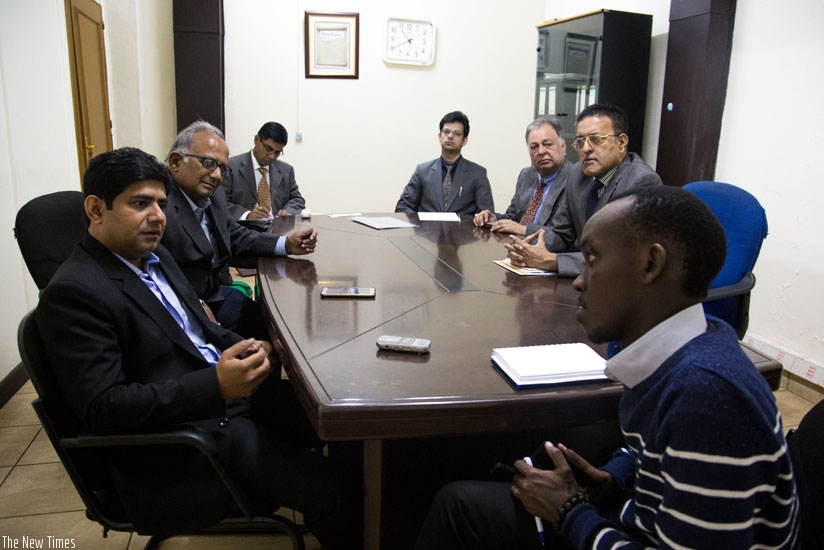 Local manufacturing sector is set to get a boost following a $1 million (about Rwf785 million) investment commitment by an Indian-based firm seeking to produce laundry and detergent products in the country.

Aroma International is involved in the production of soaps and detergents and will soon venture into oil mills.

The firm, which has been exporting products to East Africa for about 30 years now, says it plans to produce for local consumption with possibilities of exporting surplus production.

One of the Directors of the firm, Uday Mahajan, stated that after assessing the Rwandan market, they had found it viable for investment and an ideal entry point into the region.

Speaking of their experience in settling in the country, Mahajan said they had been able to register their business in less than six hours and had received a lot of business facilitation in the process.

“It was very convenient, it took less than six hours to register the company. In other countries in the region, they do not do it as fast. We are now looking for land where we can set up the plant and get rolling,” Mahajan said.

Production is expected to begin in a few months at a capacity of between 300 and 400 tonnes a week for laundry soap, he said.

“According to information provided, there will be no duty levied on the raw materials, which will definitely help us improve our competitiveness,” Mahajan said.

On the launch of the firm, they will hire and train about 20 people with the number set to increase with the growth of the enterprise.

This is in line with the Government’s plan to grow the manufacturing sector to reduce reliance on imports that exert pressure on the local currency value.