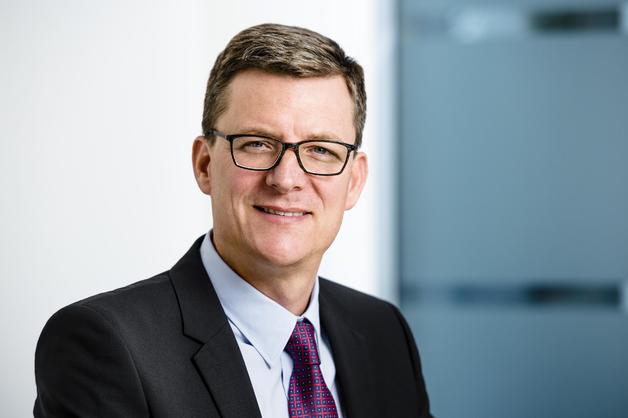 It is somewhat compelling that MTN Group has recently announced a decision to more than double capital spending to a tune of U.S. $726 million to improve its network in Nigeria for the 2016 fiscal year, few days after the Africa’s biggest mobile operator resolved with Nigerian Communications Commission (NCC) to pay a heavily reduced fine of U.S. $1.7 billion, a third of the initial penalty of U.S. $5.2 billion over three years.

The Group which has 22 operations in Africa and the Middle East received a fine last year when it failed to disconnect incompletely registered subscribers of about 5.1 million in Nigeria. The “good faith” payment of US$ 250 million MTN made to the Federal Government of Nigeria on 24 February 2016 is part of the monetary component of the settlement. The outstanding balance of NGN280 billion which would be paid in instalment is expected to be completed on 31 May 2019.

MTN has tremendously contributed to the growth and development of Nigeria with an estimate of 4.5 per cent to the Nigeria’s Gross Domestic Products (GDP), having invested more than U.S. $16 billion towards the building of mobile telecommunications infrastructures in the country.

Being one of the companies that secured the four (4) available licenses to operate digital GSM (Global System of Mobile Telecommunications) telephony from the Nigerian Communications Commission (NCC), MTN Nigeria began in 2001 with a licence fee payment of US$285, allowing it to provide and operate a second-generation digital mobile service of 900 and 1800 MHz within Nigeria.

The country has witnessed MTN breaking new grounds in network expansion, providing state-of-the-art network infrastructure for the growth of the Telecom sector, as part of efforts to improve customer service.  MTN invested the sum of US$120million for the construction of the 1st phase of Y’elloBahnâ. The infrastructure, with other completed phases, is Africa’s most extensive digital transmission backbone infrastructure in terms of distance and capacity.

MTN was the first to make a licence payment of $150 million with NCC for a 3.5G license network. The company is also the first to launch the service in 2007, and the first telecom operator to build a record 10, 000 base transceiver stations (BTS) in Nigeria in 2013. These investments demonstrate MTN’s leadership position in Nigeria’s Information and Communications Technology (ICT) revolution.

Interestingly, Nigeria has the largest and fastest growing market with good business-friendly regulations enabling growth in sector. With cheaper smartphones sales expected to sporadically increase in Africa, voice traffic expected to double over the next five years, and data traffic expected to increase by 20%, MTN is commitment towards infrastructural investment in the sector to meet the level of ICT growth in Nigeria. Thus, it recently indicated its plans to roll out of 3G network coverage from 67.23% to about 90% for the 2016 fiscal year.

As the Nigerian operation contributes approximately 37% of the Group’s total revenues, the level of MTN’s fiscal compliance is somewhat remarkable. Statistics revealed that MTN paid the sum of N1.3tn in taxes and levies to governments at all levels over the last 15 years. Among non-oil companies, MTN is thus the sixth largest contributor to government revenue generation for development in face of dwindling revenue occasioned by the drop in the price of crude oil.

MTN has also contributed to the development of Nigeria through job creation and social investments in the health and education sub-sectors of the Nigerian economy, as well as through economic empowerment programmes. Established in 2004, MTN Nigeria Foundation, the company’s social investment vehicle in Nigeria, has invested over N18 billion in 550 projects which have immensely influenced the lives of more than three (3) million people in communities across Nigeria.

The Foundation has over the years initiated a number of projects to improve the health of Nigerians. For instance, MTNN’s Medical Support Project, which was initiated in 2011 has helped ameliorated the plight of Nigerians diagnosed with kidney diseases. About 738 patients benefitted from the haemodialysis facilities which were donated by the Foundation to 12 public health institutions across the country within a period of two years, according to media reports. Similarly, it initiated a Hearing Aids Support Project (HASP) which recently engendered the distribution of 1,500 top of the range hearing aid devices across six states of the country to empower Nigerians living with disabilities.

Equally, the MTN Foundation Basic Education Program, which is the education portfolio of the Foundation, significantly strengthens technology, infrastructure, learning, and creativity in schools across Nigeria through a wave of intervention programmes. The Foundation has laudably spent over N1billion to provide modern furnishings- desks, benches, chairs and tables, bags, and books among others- to schools across Nigeria.

It is also pertinent to also note that MTN initiated some of the notable and outstanding platforms that address youth restiveness in the country. Nigerian youths are being engaged and economically empowered through the sensational MTN Project Fame, Link Forum, Lagos Street Soccer, Football Scholar, and App Challenge, among others. The obvious successes of these initiatives, such as the Project Fame Academy which has over the years groomed and produced economically successful musicians, remarkably and fundamentally demonstrate MTN’s ingenuity in driving economic growth and development in Nigeria.